Rising above the Paris landscape, the Eiffel Tower is a landmark that makes you feel like you really arrived.  Is there anything that just screams Parisian more than this giant iron structure?  If you’re visiting France’s capital city it’s more than likely on your list of things to see so let’s look at what you need to know when visiting the Eiffel Tower.

It’s also hard to imagine such an icon in this city having never been here.  Amazing really that it’s only 130 years old, was only designed to be around for 20 and it’s still amazing people daily!  It’s one of the truly iconic, historical sites in Paris.

Our trip to Paris was not complete until we saw it and I’m sure that the first moment that you see it, whether up close or from afar along the banks of the Seine it will be an amazing sight!

A brief history of the Eiffel Tower

The interesting thing about the Eiffel Tower is that it wasn’t supposed to still be here – as you’ll see it was designed to be a temporary attraction!

A world fair was due to take place in Paris in 1889 to commemorate 100 years since the French Revolution and a tower was commissioned to be the star attraction with a contest being used for its design and construction.

Gustave Eiffel and his team of engineers and architects won the competition out of 107 entries that were submitted and work began.  The construction began in 1887 and it was built in under 2 years, just in time for the 1889 Exposition Universelle.  This in itself is quite amazing and a feat for the engineers or the time.

Many people didn’t like the design of the tower including many artists who protested against it.  They thought it ruined the romance and beauty of the city but nevertheless construction continued and the tower opened on time.

The world fair was held from May to October of 1889 and almost 2 million people visited the Eiffel Tower at that event alone!  The lifts weren’t operational at the start so many of the first visitors had to climb the steps but it didn’t seem to put everyone off.

The tower was only commissioned to be around for 20 years and in 1909 it was due to be deconstructed.  Gustave Eiffel had been using the tower for a number of scientific experiments for weather and communications so the permit for it being allowed to carry on was extended.

The tower was used in the First World War to jam radio communications of the Germans and is considered to have been a huge help in the first battle of the Marne in 1914.

In the second world war Paris was to be occupied by the Germans and the Nazi flag was flown from the top.  The Parisians cut the cables of the lifts to prevent the Nazis from using the tower before they got chance to though!  When the city was close to being liberated the tower was ordered to be demolished by Hitler.  The General von Choltitz who was in charge disobeyed the order and the tower stood a little while longer! 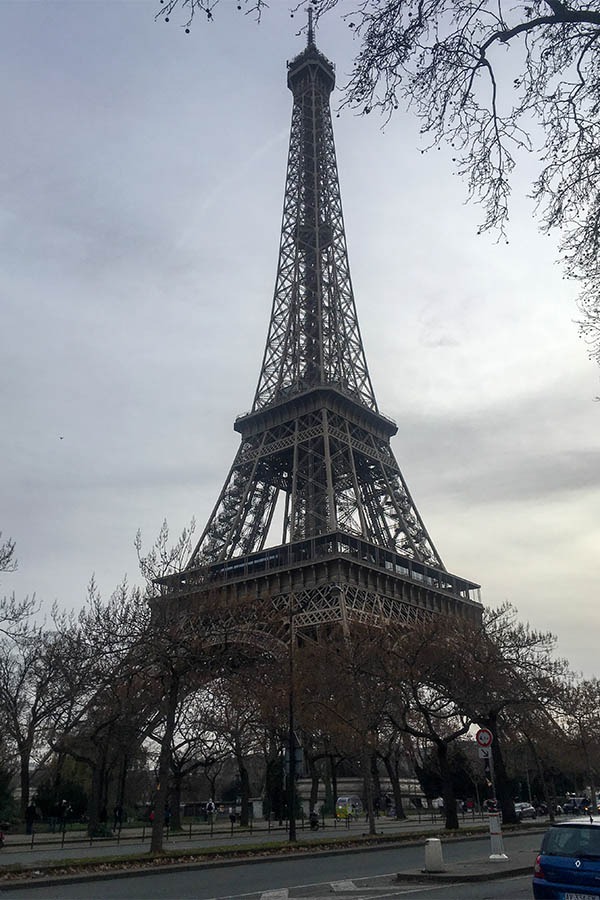 What is there to do there?

You might think that the Eiffel Tower’s main thing to do would be to just enjoy the views and, of course, you can do that but there is much more to do there.  Here’s what you can do on each level:

The first level has a number of exciting things to do: 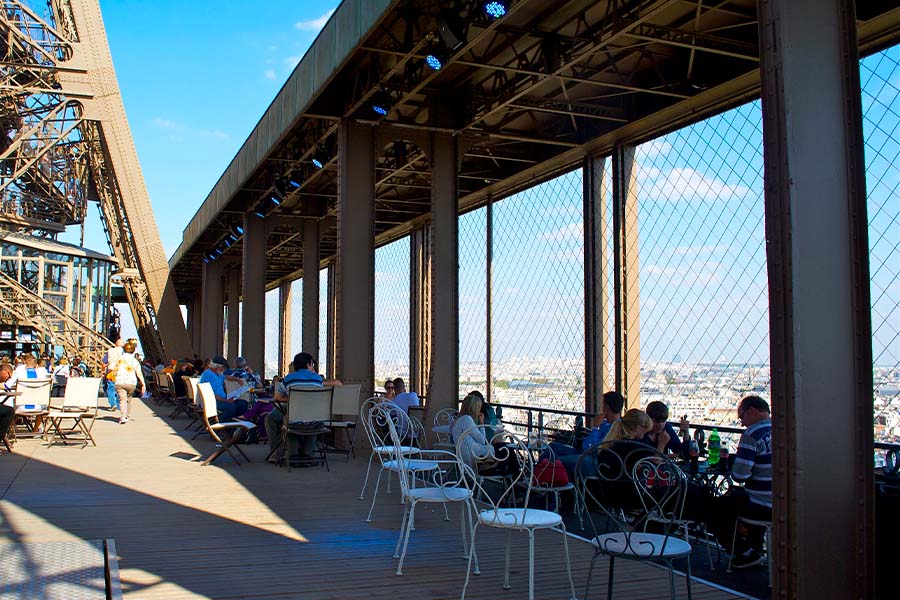 If you’re worried about heights and going to the very top then don’t worry, you can still get a good view from the second floor.  You can also enjoy:

This is the top of the Eiffel Tower and enjoying the views IS the main attraction on this level.  It’s cold and windy so bear that in mind whenever you do come.  As well as the view make sure to: 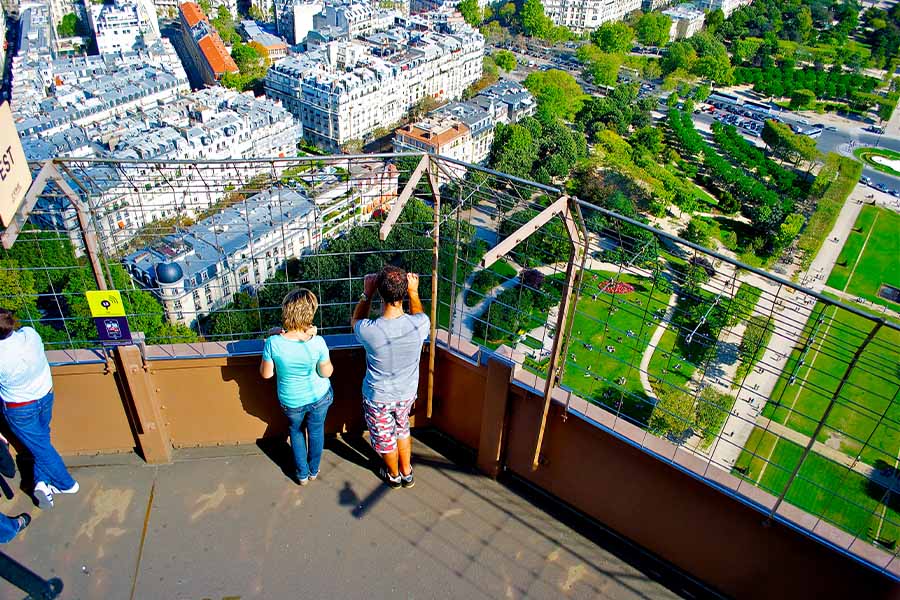 What time of day is best to go?

You can visit the tower in both the day time and the night time so which is best?

I can’t say which would be better although sunset sounds like it would be a lovely time to be there!  Think about the weather, how cold it might be and whether you’ll enjoy seeing the city in the dark or in the light.  Also if a certain time of day for visiting is going to be important to you make sure that you book early on for your time slot!

Does the Eiffel Tower put on a light show every day?

One of the nice things about visiting Paris and seeing the Eiffel Tower is that every evening when it gets dark it lights up and is absolutely stunning.  Also, on the hour, it sparkles just as you would imagine a Parisian icon would.  Make sure to keep an eye out for it!

Visiting Paris at Christmas? – See how we spent our time here

Do you need to climb the Eiffel Tower?

So after all this perhaps the main question I think you need to ask yourself when visiting Paris is ‘do I need to actually climb the tower or would just seeing it be enough?’  As with many of these tall buildings and structures you do get the views, but you miss out on the most special view which is of the tower itself.  There are so many places to get an amazing view of it that maybe you’ll be happy to just take photos from around it!

For us, we loved seeing the tower and we actually planned to visit but due to the fact that our internet wasn’t working in our Airbnb that we booked, we had to go on the day and get tickets rather than buy in advance.  When we got there the queue was long!  We all decided pretty quickly that we didn’t want to waste our time in a queue and we were all happy to just see it up close.  This was in winter, but at Christmas time so a little bit of a busier period.

So my tip for you is that if you think you MUST climb it then book your tickets in advance!

I’m hoping that we’ll get chance to go back and enjoy it when it’s a little quieter but since we live in the UK it’s not such a long journey.  If you’re coming from further afield then perhaps you won’t want to miss your chance. 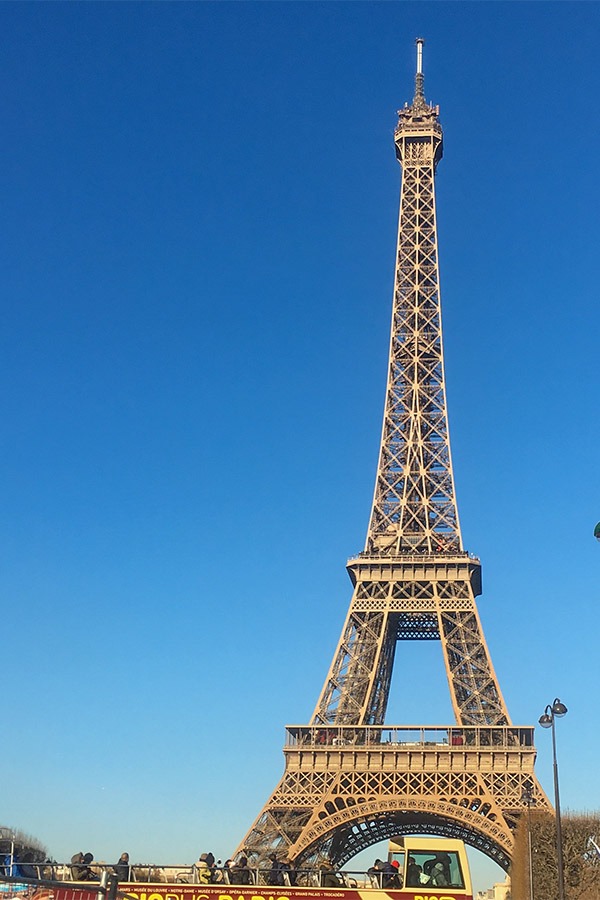 The Eiffel Tower is in the 7th arrondissement in Paris.  The nearest metro stations that will get you there are:

How to get tickets

You can buy tickets in advance or on the day.  If you’re travelling in high season, at weekends or in the holidays then I recommend that you book online.  Queuing for attractions in Paris seems to be the norm so any way to reduce it is welcome!

There are also a couple of options that you can do if you’re wanting to save some money.

An alternative would be to buy a fast track guided tour ticket.  These are slightly more expensive than buying direct but does give some added benefits such as the tour guide.  Some options also add in a Seine river cruise too so if you’re planning on that then do check them out.

Fancy going all out and getting yourself a hotel with an iconic view?  Here are some hotels that will give you just that:

If you’re coming from the UK I can highly recommend using the Eurostar which gets you easily into the city at the Gare Du Nord.  (also – see our travel report here)

AirBnb (plus get money off your booking)

Tours, tickets and bundles for your Eiffel Tower trip 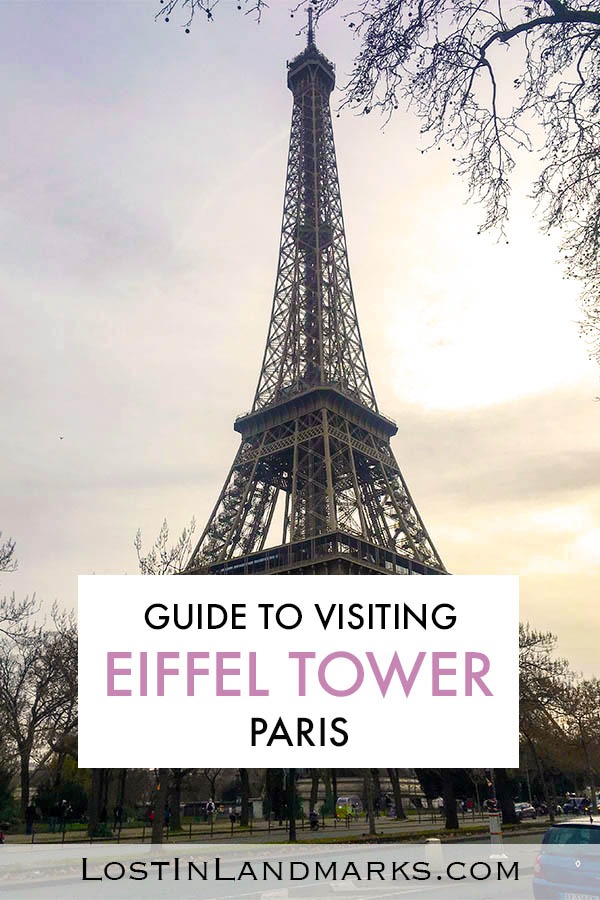 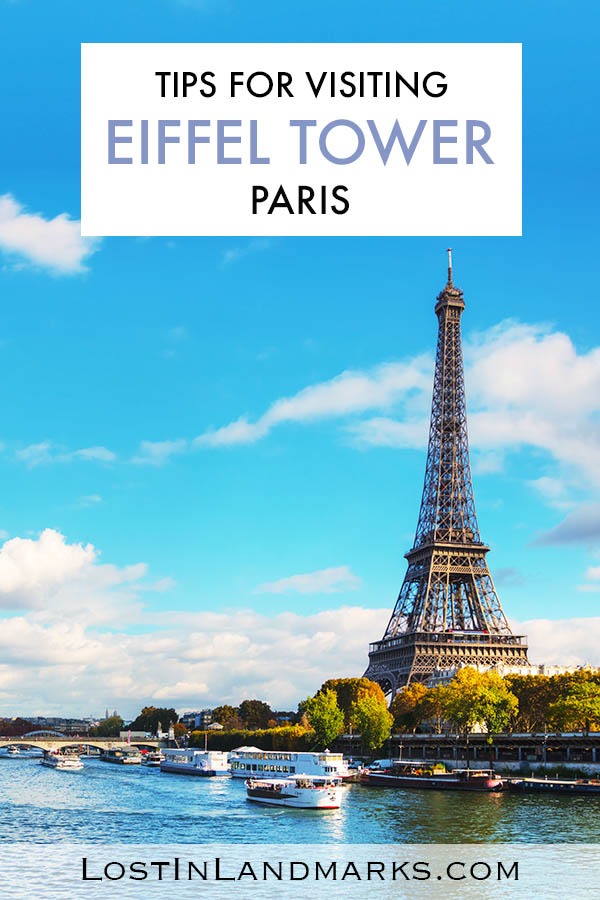 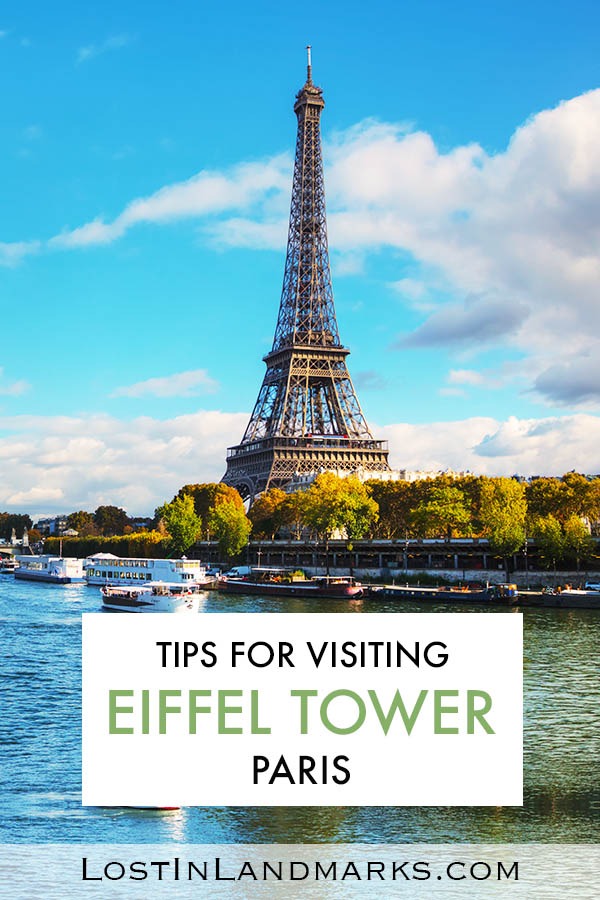