Ever since the Eurostar route opened up way back in 1994 (I was 15!) I always wanted to just hop on a train and go to Paris (and the rest of Europe – let’s not forget!).  For some reason I’ve never managed to do this trip even when I did my InterRailing as a teen or at any point with our kids.  In fact I’ve failed to even make it to Paris.  Which is quite a feat when it’s so near to us!  Anyway, for last Christmas I decided Paris was going to be our home for a week and I set about making sure we did the train trip.  We live in Yorkshire in England so it was to Sheffield to Paris by train via London!

Why travel from London to Paris by train? 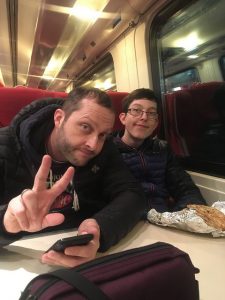 One of the biggest reasons I wanted to the Eurostar trip is because I feel strongly about the environment and the damage that airplanes to do it.  I’m far from giving up flying completely but for short trips like London to Paris it really makes sense.  When you take in to account that it also drops you directly in the centre of Paris from the centre of London with no trying to get public transport or taxis it’s also a really convenient way to travel.

Well, that was the theory anyway – let’s see how it is in practice!

Booking the trip – Sheffield to Paris by train

So, we were travelling all the way from Sheffield in Yorkshire to Paris.  Sheffield is about 2-3 hours by train away from London and we changed there for the Eurostar.

You can book the whole trip in one go by just putting in your home departure point and Paris as the destination – this can be a great idea because you can make sure that if your connection doesn’t happen you can get compensation or help to get on the next train.

For us though, booking it all together didn’t make sense.  The booking window for eurostar and domestic trains in the uK is different.  You can normally book the Eurostar up to 180 days in advance while the UK train tickets open up 12 weeks in advance.  We wanted to go at Christmas time and we had one day only that we could go, if we left it to book when the UK tickets opened it was likely that the day we needed would be either full or the price would have gone up to be out of our price range.

The other problem we had was that there wasn’t an exact date that booking for the Xmas trains opened – I knew around when it would open and just had to keep checking the site to see if tickets were out (we booked in July for the end of December so just short of 5 months in advance).  We also wanted to book a return so had to wait till the return dates were out too!  A little annoying, a little stressful, but I really wanted the best price tickets.

One those were bought it was a case of waiting until booking opened on the Sheffield to London leg.  If you book as far in advance as possible you can get much cheaper tickets and I always use Virgin train website because they have no hidden booking fees.

If you’re looking to book a similar journey here’s some tips:

Getting the train in the UK can be *really* expensive.  Mind blowingly expensive sometimes.  So expensive I realise why we don’t often use the train.  Anyway.

We bought a Friends and Family railcard which cost £30 and lasts for a year.  We had plans for a few other trips so figured it would pay for itself.  You need at least one child travelling with you for this card (under 16 – so I only had one and it’s the last year I can use it) although there are a few other cards worth looking at if you’re a youth or a student.

The railcard makes a huge difference to prices when travelling in the UK by train.  I think it’s about 1/3 off prices.

On the way to Paris it cost:

All in from Sheffield to Paris by train it cost £301.40 for 4 of us.  This was for 23rd December so I guess slightly higher due to Christmas and weekend pricing.

Coming back was slightly cheaper

So, the total coming back from Paris to Sheffield by train was £222.25 for four people. 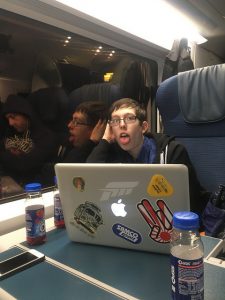 It was an early start for us.  I spend lots of time dreaming about train trips to Europe but if you have to factor in the connection from our home in the UK to London it begins to look like a very long day!  Our train left Sheffield at just before 8am which meant an early tram ride in to the centre of the city.

The train in to London was great – it was an East Midlands train and was comfortable, on time and they even came round with free festive brownies for us all.  A winner!  It was just over 2 hours and 15 mins to get in to Kings Cross Station.

It’s just a short walk from Kings Cross to St Pancras station where the Eurostar goes from.  Nice and easy with baggage and with kids.  It was busy, but that was to be expected the weekend before Christmas!

The check in for the Eurostar was the worst part but when I say that I don’t mean it was bad, just the worst bit of the day which was mostly easy!  There was a bit of a queue going out and a much bigger queue going home to get through passport control and security but once you were through it was super easy.  (we did the trip without kids a few months later and it was really empty – a big contrast to Christmas time so I guess the time of year you do it makes a difference) 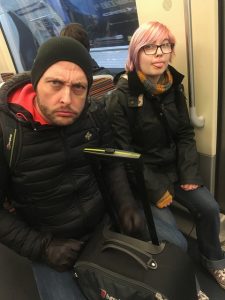 There’s a check in area to wait with a small shop, cafe and toilets.  It was quite busy when we were there but it calmed down once the earlier train boarded so if you arrive and see no seats don’t worry too much, you’ll get one soon enough.

The Eurostar was a really nice and comfortable train too – we had brought our own food to have a picnic on the train (always keeping the budget down!) which was easy to do and allowed.  It arrived in Gare du Nord where we then went on the metro to our AirBnB for the week!

Overall it was a really pleasant way to travel – much, much nicer than airports and all the security checks there.  Not to mention that I don’t really like flying!  The fact that we could do it all in one day and without our feet leaving the ground was pretty amazing to me.  I loved it. 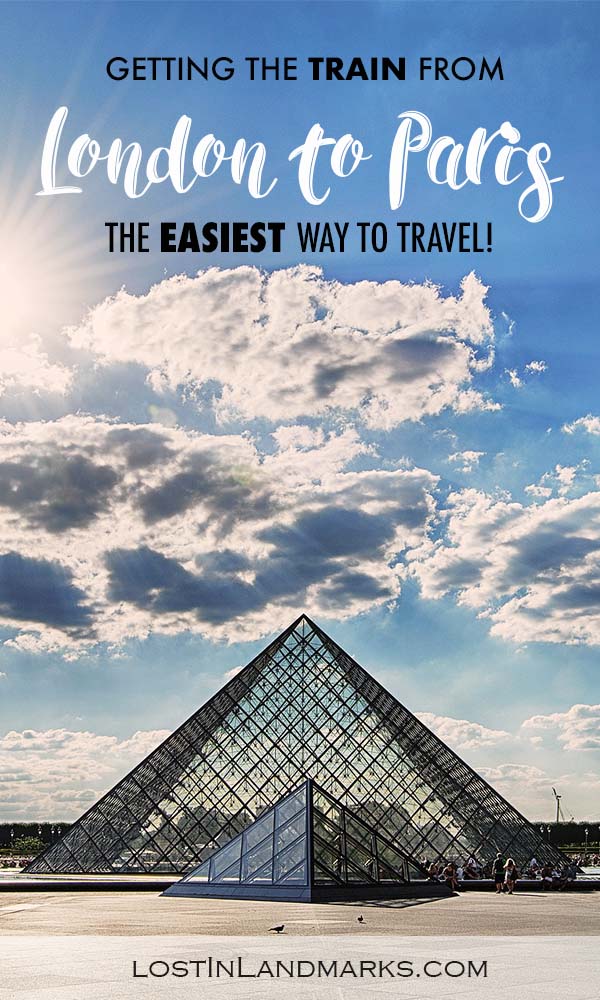 1 thought on “Sheffield to Paris by train (via London) – our Eurostar with kids trip!”