Las Vegas with teens?  We’d heard mixed reports about Las Vegas and the suitability of the destination for kids.  Some people said they loved it, others said it was completely inappropriate for kids and teens and we should stay away.

Las Vegas is such an iconic place though isn’t it?  We really wanted to see what it was like – it couldn’t be all that bad could it? We were flying out from there after our Route 66 trip so it made sense to have a little explore.

There are loads of shows going on in Las Vegas and lots of them are perfect for older kids and teens.  They do come at a price though and many are an expensive night out.

We were very lucky and were given free tickets to see Jabbawockeez from a friend that I made at a conference and we saw them on our first night in Vegas.  It was absolutely amazing – way better than I ever could have imagined a show would be and it really set the tone for our stay. 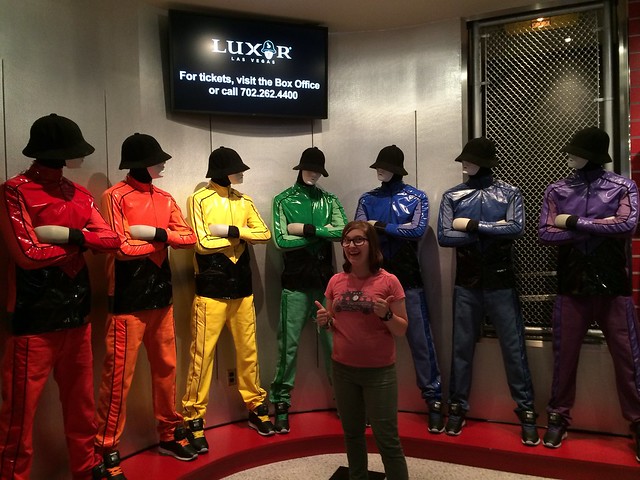 There are many magic shows going on in Las Vegas as well and I think these would also be fun for older kids.

Other than the shows – what else can you do in Las Vegas with teenagers?

We stayed around the strip in our time there – we stayed at the Luxor hotel which is at one end of the strip.  We loved the hotel but with it being at one end it made it harder to get to the other end with happy kids in tow.  In hindsight we should have just got a taxi to the other end and walked back!

There are many shops that are fun to wander round – we enjoyed the M&M shop (it was the first one we’d seen until our London and NYC trips later that year!) and also Hershey’s world. 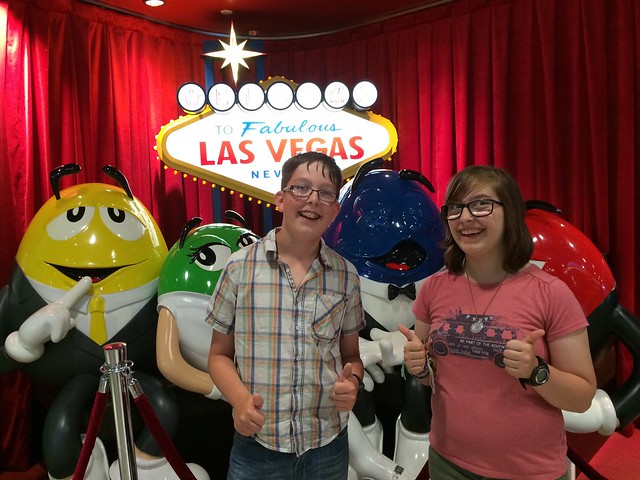 Just wandering around the different hotels is fun in itself.  How often can you walk round something in the style of ancient Egypt and then walk a while and be in something completely different like the Paris or Venetian hotel?

Each hotel has different things going on, I wish we’d had longer than the couple of nights we did have to really explore everything on offer – Circus Circus is often recommended for kids.

Our kids were not impressed by the Bellagio fountains – possibly too old to go wow!  To be fair it was very hot, very busy and they were tired by the time we reached them. 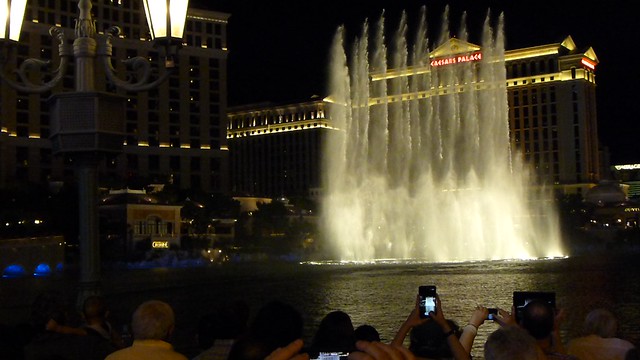 In the heat of the day the pool at our hotel was welcomed – I’d recommend going for a hotel with a pool if you have teens.  An excellent way to cool down and also to get active!

If you’re just based in Las Vegas then I’d definitely recommend either hiring a car or taking a tour to both the Grand Canyon and Hoover Dam.  You can’t miss these!

Would I recommend Las Vegas with kids? 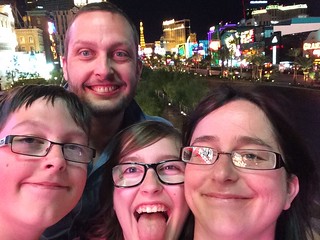 Absolutely!  There are of course unsavoury things going on, but you know what?  We never saw it.  Apart from the gambling of course!  Wandering around as a family meant we were free from people trying to get us to go to their bars, or clubs.  Nobody bothered us at all.

It felt like a safe, if busy, town.  We never once felt like something bad could happen.  We did stick to the Strip area and didn’t manage to explore further afield on this trip.

Would we go again?  I definitely wouldn’t say no if we were in the area – I’d love to explore the older areas of Las Vegas such as Fremont Street and I’d like to actually get a good view of the fountains at the Bellagio!  It was so busy when we went.  There are also lots of sights that we just didn’t get chance to see – I’d love to have looked round more of the hotels.

Perhaps next time we’ll station ourselves mid way on the strip so that one night you go one way and the next you go another!

I’m very glad we experienced the place – maybe next time we’d not go in August as it was incredibly hot, but even so it was awesome!  And there certainly was plenty of things to do in Las Vegas for teens – not just for adults!