When planning our Route 66 trip, we knew we wouldn’t get to the end of it, but we also knew that getting as far as the Grand Canyon was a must.  Route 66 to Grand Canyon is an easy trip and one that was a no brainer!

The distance from Williams to Grand Canyon is about 60 miles and so takes around about an hour on a pretty direct road.  This brings you to the Grand Canyon Village – if you wanted to go to other areas it would take a bit longer.  Williams is pretty much perfect as a base to explore it when travelling Route 66, we stayed 2 nights at the Motel 6 so we didn’t tire ourselves out trying to do too much at once!  (if you’re looking for a budget option to stay at near Grand Canyon I highly recommend this one – very much in the centre of Williams too so lots to do)

Grand Canyon is one of those places that you’ve seen a thousand pictures of.  I was really concerned it wouldn’t live up to expectations.  We had a beautiful day to explore and that moment when I saw this I was gobsmacked! 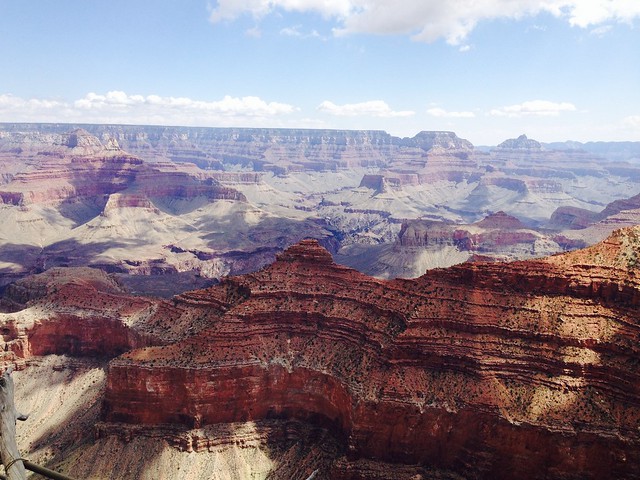 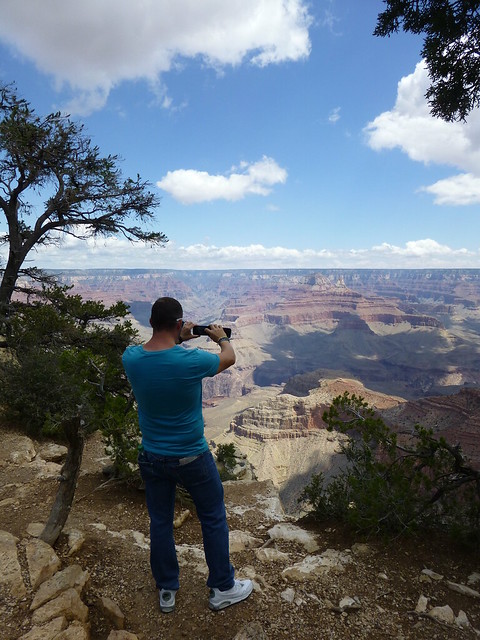 There were some moments when I would look out at the chasm and think that it must be all fake.  The weather was beautiful, but it made it seem a little hazy.  Was it all an elaborate ruse?  I felt like maybe I was in the Truman Show and it was just a painted on background!

I would love to do a hike in to the canyon at some point.  By just standing on the rim it felt a bit like I hadn’t connected well enough to it.

After our success at becoming Junior Park Rangers at the Petrified Forest we were keen on doing the same at the Grand Canyon.  Marcus decided he wasn’t going to do it this time, but Alex and I collected some work books and spent some time filling it all out. 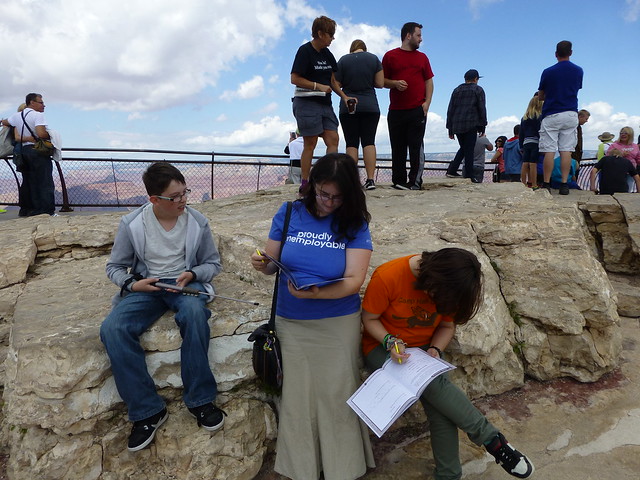 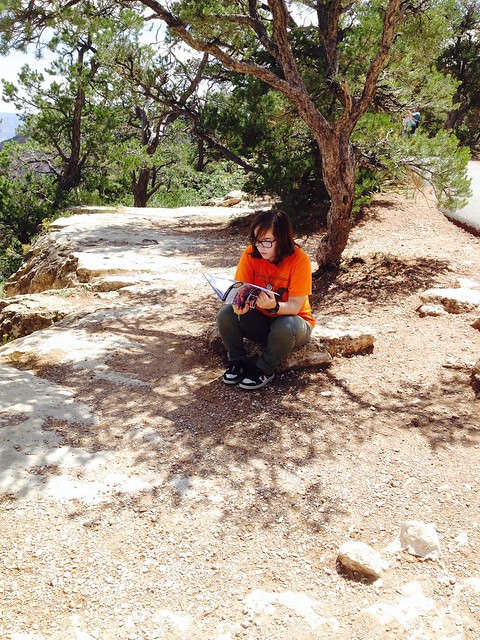 With it being a much bigger park, it was a slightly different set up here.  There were set times when the Park Rangers would do a talk with the kids and they were about different topics.  Ours was led by a fantastic Park Ranger who was amazing at getting all the kids excited about the nature of the area and really made us all laugh and have a great time. 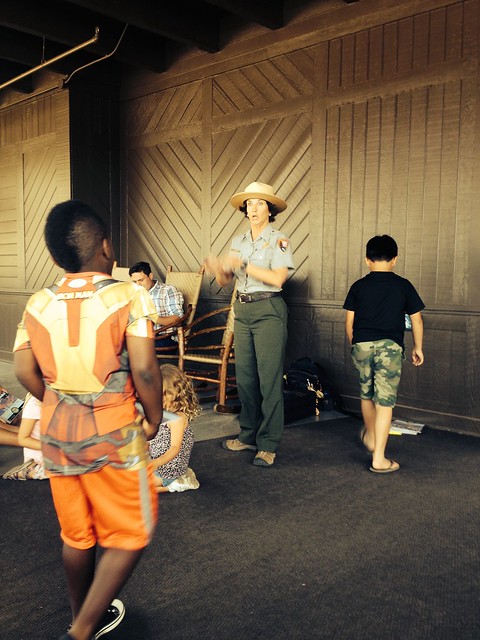 The Junior Park Ranger programmes are free so really well worth taking time to complete – you get a badge at the end of it and sometimes a patch as well (we got one free at the Petrified Forest but it was a dollar or two for the patch at the Grand Canyon – I can’t remember exactly). 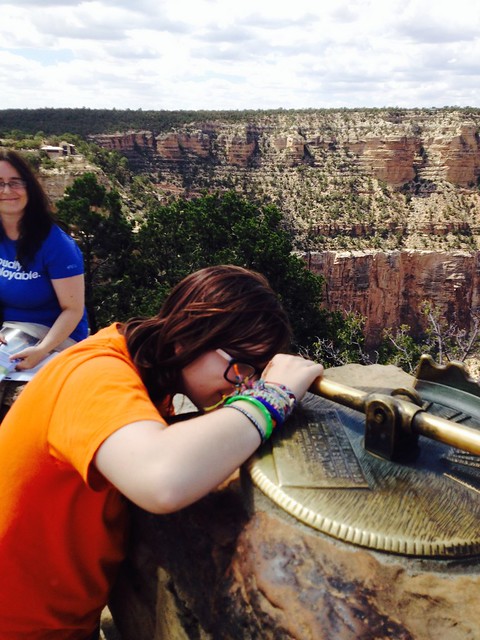 We didn’t do a huge amount of walking around and exploring lots of areas, but chose to keep to a few places.  Near the Grand Canyon hotel (which James recognised from the National Lampoon film) was some gift shops and also some performances from Native Americans with music and dancing.  It felt a little touristy if I’m honest, but sometimes that’s not always a bad thing!

No matter what is going on you’re always drawn back to the view.  If you’re travelling Route 66, do me a favour and get off the road.  Go Route 66 to Grand Canyon for a little bit and you’ll not regret it!

Finding the Mother Road and our journey on Route 66 begins!

Visiting the U Drop Inn in Shamrock TX 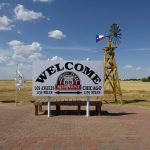