Can you really do Monaco on a budget?  It seems like those words don’t go together doesn’t it?  Monaco, the place where the wealthy hang out, surely it can’t be a cheap place to visit?  Inside my brain was saying – Good luck sticking to a budget there!

But we were determined to visit, and actually were quite surprised being there and how much of a great time we did have on our trip to Monaco, even on a budget.

Visiting Monaco on a budget

We travelled from our base of Cogoleto on the Italian Riviera and it was about a 2 hour drive.  We managed to miss our turn off for Monaco and didn’t quite arrive in how I expected, which had the added drama of us driving around all he narrow streets!  Was fun in hindsight!  I think James really enjoyed the fact that his Mini has driven around the same places that the grand prix cars go though.

There is no parking available on street for tourists in Monaco as far as I know, so if you’re driving be prepared to use the short and long term car parks.  We decided to park at the parking lot in Grimaldi Forum which was at the Eastern end of Monaco.

Getting a spot was no bother at all when we arrived and you pay when you leave the car park, only paying for the time you’re there.  I think in total our time that we were there was charged at around 8 euros, so not too bad considering we were there for quite a few hours and it was placed well for a nice walk all around.

Things to do in Monaco on a budget

Monaco is actually an amazing place to be if you’re on a budget – why?  People watching!  It’s an amazing place to sit down with a cup of coffee and just watch the world go by.  You don’t need to pay to be in a cafe – there are plenty of spots to sit around the harbour.

And talking about the harbour – that is a sight to see in itself.  We loved walking round and looking at the amazing boats that were moored here.  It’s a harbour like no other and a must see in Monaco.

One of the highlights of our trip was crossing the harbour in a boat.  Now it wasn’t a boat trip put on for tourists at great expense, but rather it is part of the public transport of Monaco.  The Bateau Bus goes from one side of the harbour to the other. It costs €2 for a single trip and under 5s are free.  It’s truly the best value thing you can do in Monaco and of course helps the legs or tired children! 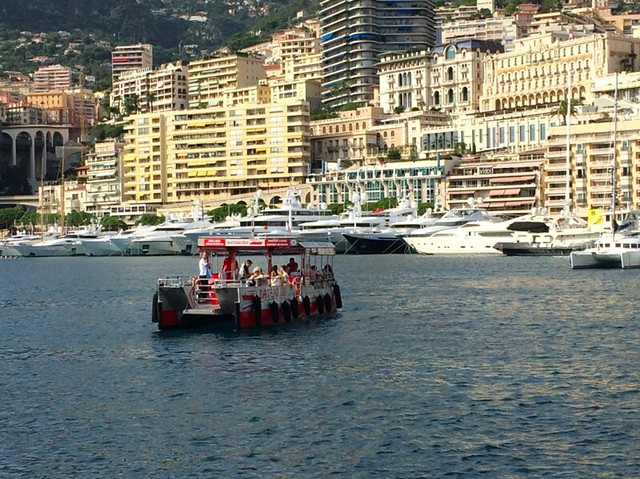 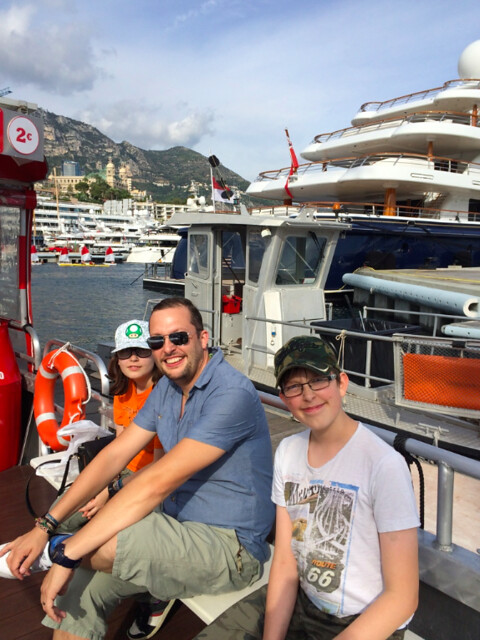 Waiting to go across the harbour on the Bateau Bus 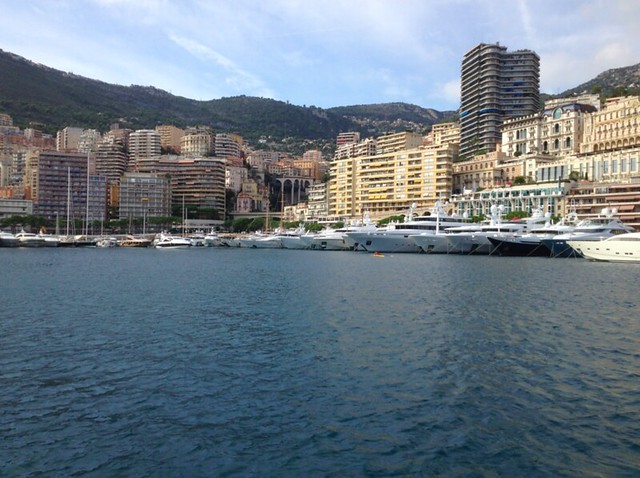 View from our 2 euro boat trip in Monaco!

We walked all the way around Monaco but one of my favourite bits was walking up towards the Prince’s Palace and to the Old Town.  We chose not to go in to the palace this time, but the views from the way up are simply stunning.  You really get a great look at the whole of Monaco from here.  Definitely recommended. 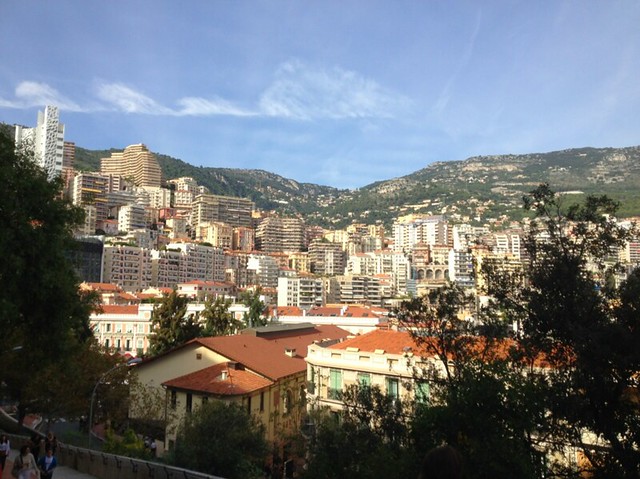 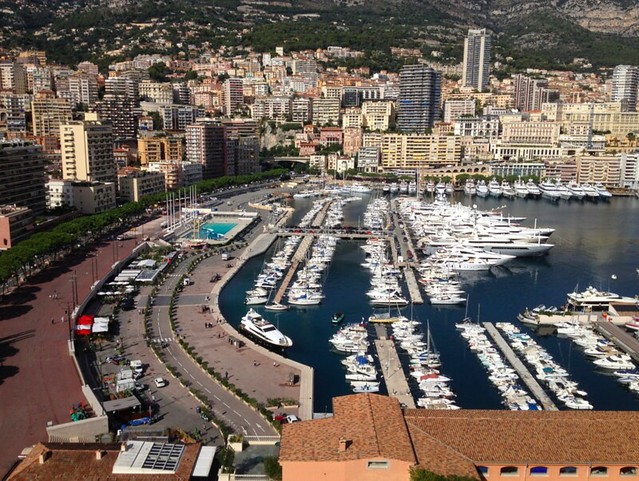 View of the harbour from the walk to the Old Town

If you manage to get to the Palace for noon you’ll be able to see the changing of the guard too – we didn’t see that but I hear it’s a good thing to watch. 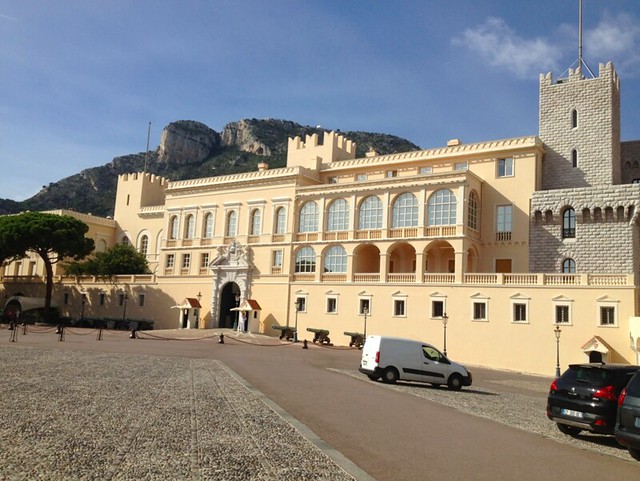 Close by to where we parked was the Japanese Gardens which again was a lovely little haven and place to wander around and completely free of charge. 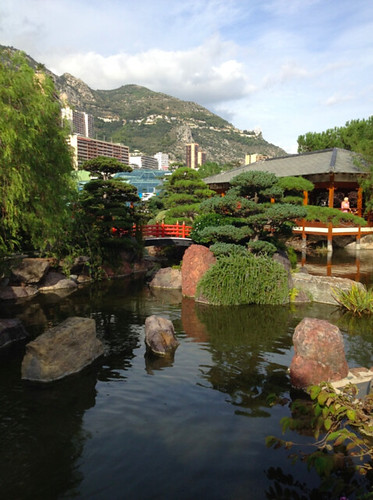 We were also close to the casino which again was lovely to walk to and spot lots and lots of expensive cars going in!

Cheap places to eat in Monaco

I was actually quite tempted to break from our norm and get something to eat in a restaurant on the harbour in Monaco – it would have been a cost, but it wasn’t so expensive that I was reeling from the thought.  So that was my first surprise in Monaco – it really wasn’t that bad.  I guess I’d been expecting much higher.

In the end we decided to just get ourselves some sandwiches and find a nice spot to eat them.  There is a small Casino supermarche by the harbour and we headed in there to find something.  In actual fact it was even more budget than we could have imagined as we found a whole heap of reduced sandwiches ready for eating right there!  If there was one place I wouldn’t have expected to be getting reduced food – it was Monaco! 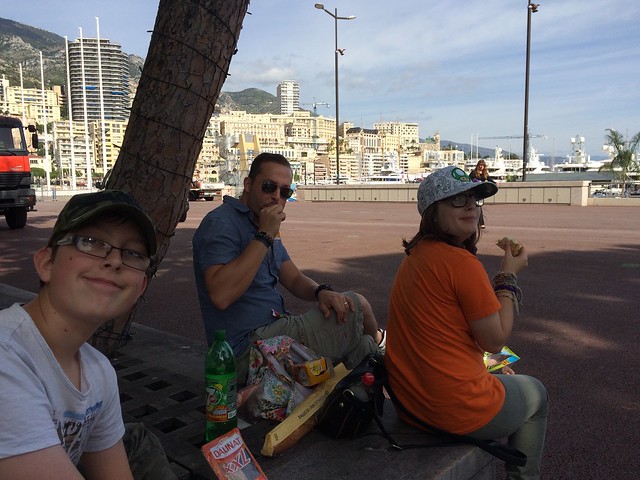 We had an ice cream up near the Prince’s Palace in the Old Town which was full of small  cafes and restaurants.  I didn’t look at the prices up there, but it felt a little more touristy up there and could well have been a bit more expensive. 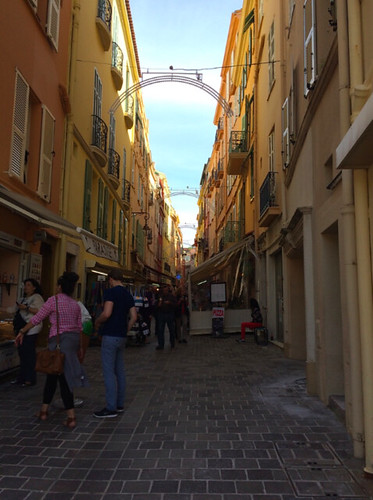 Overall, when someone asks me ‘is Monaco really expensive to visit?’ I’ll definitely say no!  In comparison to the costs we had in Italy I’d say it was probably cheaper!  One to add to the budget locations of the world!

Visiting Monaco – what you need to know

Getting there – A Monaco day trip is easy from both Italy and France.  We drove from Italy but it’s often a good day trip from Nice in France.  Trains from Nice to Monaco are frequent and only take around about 20 minutes.

Parking is plentiful around Monaco but is not free – there isn’t any on street parking.

Getting around – the bus network is really good and cheap, although we only used the Bateau Bus.  If you think you’ll use it a lot then get the day pass which is around €5.50.  Children under 5 are free.

Where to stay – If you’d like to stay in Monaco there are some budget options.  The Hotel Columbus Monte Carlo is on the lower end of the scale but still has good reviews and also has a family suite option.  Click here for prices. 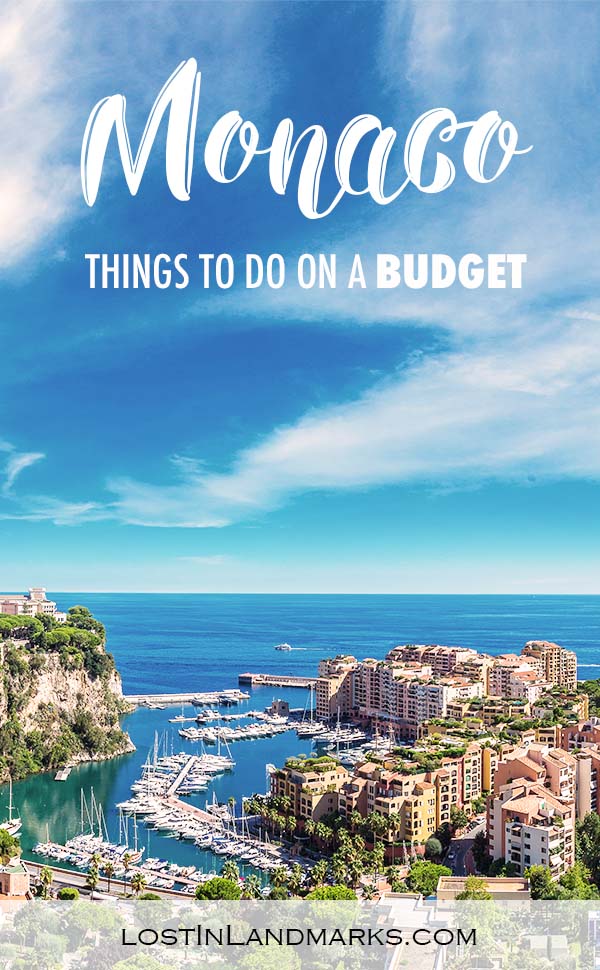 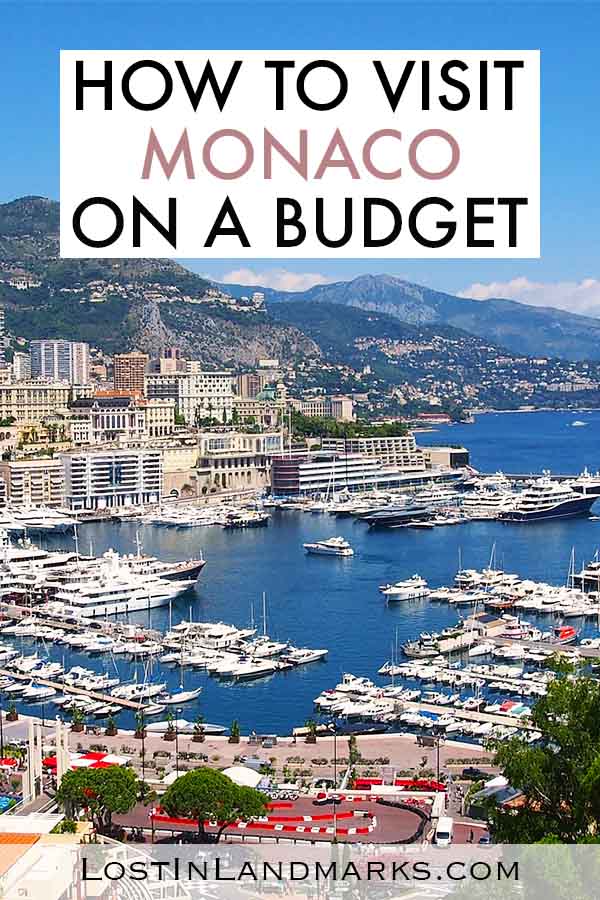