As soon as we knew we were landing in Dallas we knew we had to learn more about President Kennedy and his assassination which happened in downtown Dallas.  We were excited to learn that there was a JFK Museum in Dallas called the Sixth Floor Museum at Dealey Plaza which had loads of information about the events and was housed in the actual building that JFK was supposedly shot from.

Marcus is my history buff and recently he’s been learning more about what happened after WW2, including the cold war and the Vietnam war, so naturally, learning about the presidents has been in there too.  He also has a thing about conspiracy theories, as does James, so we knew that the museum would be a great one!

Tickets for the JFK Museum in Dallas

The JFK museum cost $16 for an adult and $13 for a child (free under 5) but we’d already made the decision that we’d shell out for this one!

It was easy to find the museum and there was plenty of parking nearby.  We parked in the museum parking lot but there was lots around as well.  Really reasonable parking as well for being in downtown of a city – only $5.  Maybe it’s standard for US cities though!

You can buy tickets online and it mentions that they are sold in timed slots.  I wasn’t sure how long it would take us to drive in to the city so I decided to just buy them in person and if we had to wait then we’d go explore for a bit.  In actual fact we were ok to just buy tickets, get our audio guides and go straight up to the museum.

Audio guides are included in the admission.  I do like having these as the kids can listen to as much or as little as they feel up to.  I wasn’t sure how much Alex would be interested, as she can be a bit hit or miss so having this meant she could be uninterested and not have me grump at her!  In actual fact I think she did enjoy it.

Budget note!  The Sixth Floor museum is part of the CityPass for Dallas so if you’re visiting a couple of places in the city you might find that a this works out much cheaper for you.  If you’re visiting them all you’ll save up to 38% – definitely worth checking out.

Learning about the JFK assassination

The museum was busy, especially at the beginning part as you are led round the exhibits and videos, however we did visit in Summer so it may be less busy at other times.  We learned about the world at the time of JFK’s presidency, the man himself, bits about the cold war and eventually we started to learn about the events of the day that JFK was assassinated. 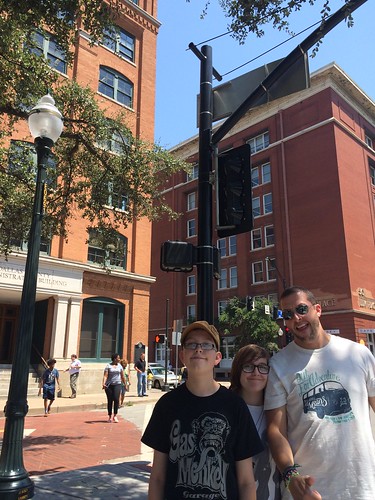 have to say I didn’t know much about the event itself, even though I’ve learned a little about the world in the sixties more recently, so I enjoyed reading and learning.  There was so much to learn and take in at every exhibit, more than we felt that we needed to know, but perfect for someone who is mad about this period of history.
Having the information about the day in the exact place where the shooter was located was great, you could see the vantage point and really get familiar with how it might have taken place.  They have reconstructed the window area so it’s how it was when Lee Harvey Oswald shot JFK which was pretty cool.  It was also so weird to me that the fatal place was just a cross on the road and cars and people still go by it every day.

The museum doesn’t skim over the fact that there were many conspiracy theories about JFK’s death and Marcus enjoyed reading all about those!  He’s convinced all is not as it seems 😉

All in all it was packed with information and a great day out.  We all thoroughly enjoyed it.  I do think we’d have struggled if the kids were much younger, especially as we don’t have much background of the story.  At ages 12 and 14 it was perfect for our kids.  Perhaps it would be different for American kids who have more of the history told to them.

Outside the museum you can walk round and discover the Grassy Knoll and get some different vantage points.  It was extremely hot when we were there though!  Take plenty of water 😉 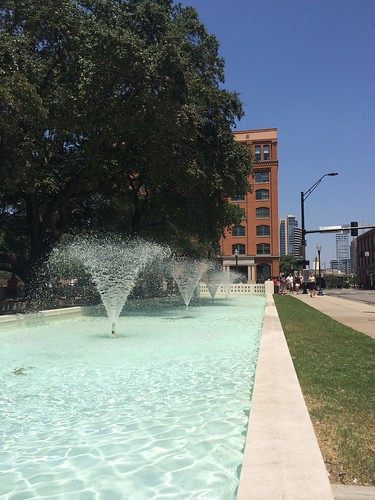 Not far away from the Sixth floor museum is also the JFK Memorial which is also worth a look if you’re in the area. 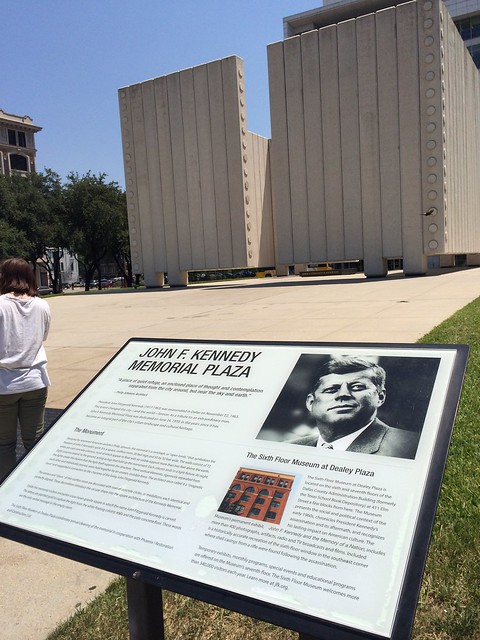 While you’re visiting Downtown Dallas, perhaps you’ll also go to the Reunion Tower – you can read about our trip here.

Where to stay in Downtown Dallas

If you’re coming to Dallas and want to be in the thick of it downtown then the following hotels near Dealey Plaza are worth considering.

Directly next to the Reunion Tower is the Hyatt Regency hotel which is also a short walk from the JFK museum and memorial site  Latest prices can be found here.

The Crowne Plaza is very close to the sixth floor museum and comes highly recommended – click here for latest prices.

If you’d like a bit more of a homely feel then Airbnb is a great option – it’s what we did, although we weren’t in the downtown area.

*disclaimer – I was given one free ticket to the sixth floor museum in return for blogging about it.  We paid for the rest of the tickets.  This does not affect my views of the site 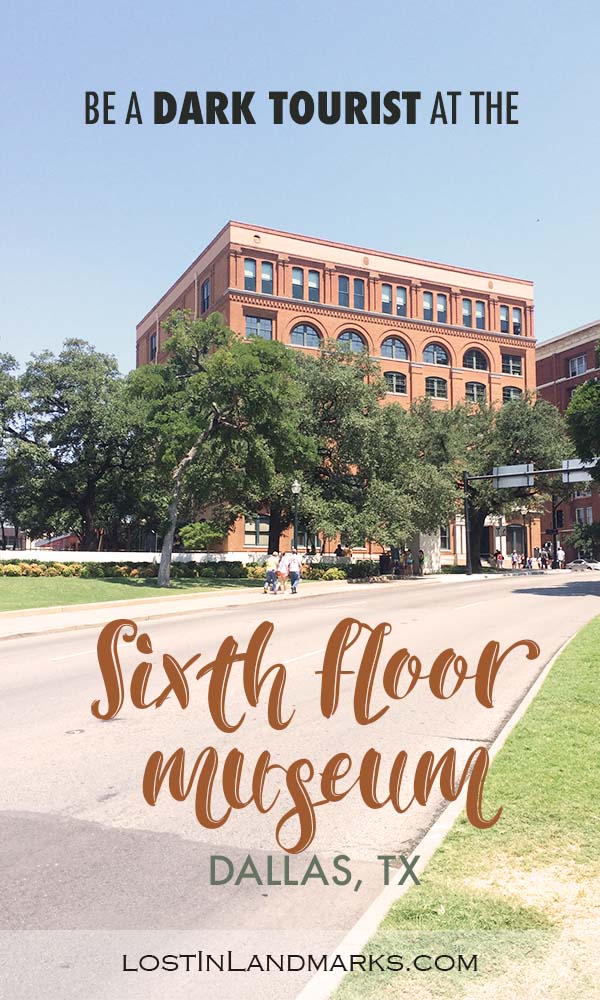