There’s a new and popular driving route in Scotland called the NC500, North Coast 500, which some even say is like Scotland’s Route 66.  I’m not so sure on that one since we’ve driven both now, but if it works to boost tourism in the area then I guess it’s worth it!  What Scotland’s north coast does have in abundance is beautiful scenery, quiet countryside and delightful small villages.  Actually, that does sound a little like Route 66!  We travelled the route a few years ago now, actually just before they introduced the new name for it and I thought it would be helpful for us to share our best tips for if you’re looking to the drive the North Coast 500 in a campervan or motorhome too. 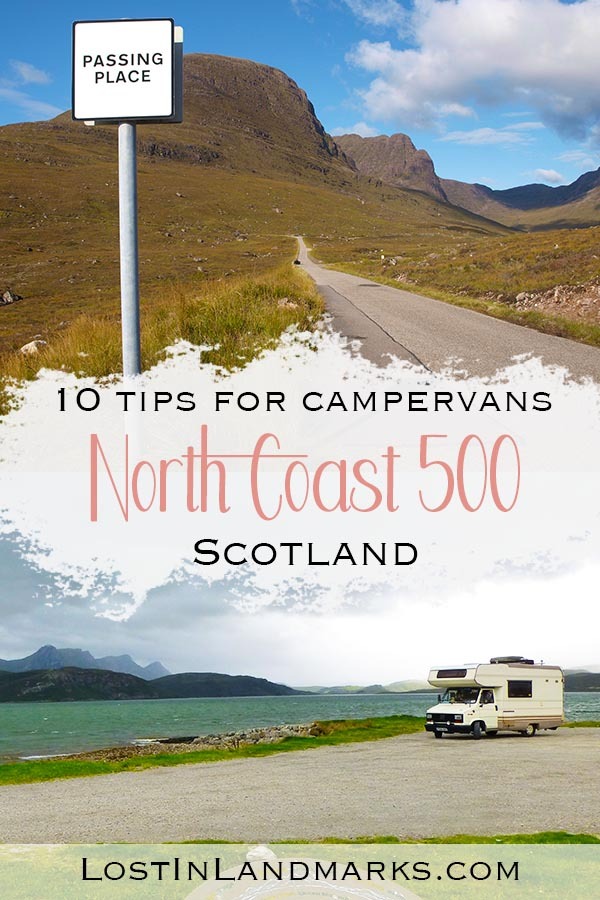 Now that the NC500 is an official route there’s plenty of books, guides and maps that you can pour over.  It’s tempting to say just head up to Scotland and see how you go, but I do think it’s well worth having a vague plan and some ideas about where you want to go or you could spend a whole week in one spot and not see it all!

It’s also really important to know that a lot of the roads, once you get in to the north west, are single track roads or might be unsuitable for your vehicle.  For example, the road to Applecross, which is known as Bealach na Ba, is an extremely windy and steep road.  It’s not suitable for some vehicles and if you have an old van (such as we did) you might find that it’s probably not worth the risk.

One book that I can heartily recommend is this one called The North Coast 500 guide book – we bought it for our father in law for his trip doing the route this summer and it was jam packed with info, maps and ideas of things to do.  Made us want to go back for another trip!

As you’re probably aware, the north coast of Scotland is pretty remote and villages are few and far between.  What this means as a camper van or motorhome traveller is that you need to bear in mind the locations of a few things:  food, fuel and water.

I suggest stocking up on some staples in the big towns such as Inverness, Thurso, Ullapool or Fort William, depending obviously on your route just so you know that you have something in should you need it.  There will be small shops in the villages and it’s great to give them your custom when you can but of course the opening times aren’t always on your side.  Better to be prepared in case.

Fuel should be bought whenever you see a petrol station really.  Our van struggled if we let the fuel tank get too low (something about crud in the old tank being sucked up in to the fuel filter) so we always filled it up whenever we got chance.

Water can again be bought in bulk at a supermarket, but if you run low you can find a campsite that you can fill up at or check for taps at petrol stations or graveyards or it may be sold in small village shops too. 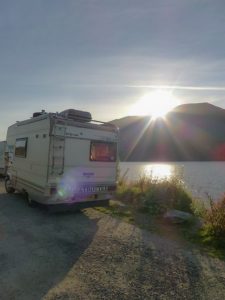 One of the great things about touring Scotland in a campervan is the fact that you are able to wild camp.  Scotland is great and you’ll see many other people settling in for the night in laybys or car parks.  When you’re in the very remote areas of Scotland there might not be so many campsites so knowing that you can pull over where you want to is great.  Some tips though:

seems obvious but it’s good to point it out – lots of places in Scotland have taken to putting up ‘no overnight’ signs in car parks and it would be a shame for the NC500 areas to feel the need to curb wild camping up there.

There are a couple of websites that I can recommend if you’re wanting to wild camp and want to check out some areas that might be worth trying.  The first is called Park4Night and the second is called Search For Sites and they both are pretty similar and both have apps available too.  They have maps that have park up spots on them and they are rated by people who use them.  Search for Sites also covers campsites as well.  I love using them for our recent campervan trips and check out the look of the spots on Google Streetview before we go.  Mind you, I really wish we’d had these when we did the route in Scotland! 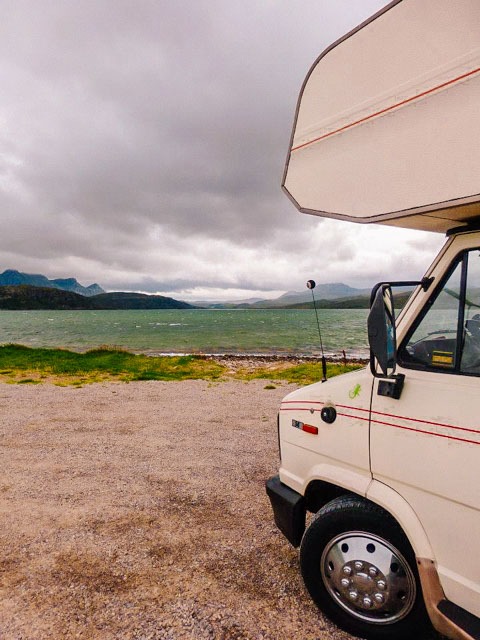 A wild camping spot at Kyle of Tongue

4.  Campsites can be great

I love wild camping in my van it has to be said, but campsites can be great too if you’re touring for a while in Scotland.  Warm showers, access to laundry and the ability to empty your toilet are just some of the practical reasons but some are in some awesome places too with fabulous views.  Two campsites I can recommend that aren’t directly on the route, but not far from it, are at Camusdarach Beach (on the road to Mallaig and has a gorgeous beach) and also at Rosemarkie (great for dolphin spotting not far from Inverness).  We also used the facilities, but didn’t stay over at Dingwall as we were members of the Camping and Caravanning club.  There was a charge to use the facilities but it wasn’t too expensive – we all had showers, filled up our water tanks and emptied the toilet ready to head off again.  It’s always worth checking at a campsite if you can pay to use the facilities rather than stay they night especially if you enjoy wild camping but need to empty the toilet once in a while!

5.  Have plenty of spare clothes

Scotland is known for it’s cold weather, wet weather and windy weather and even if you are visiting in the summer you’ll probably find that you’ll get caught in one of those 3 weather conditions and sometimes you’ll even experience all 3 in one day!  It’s a great idea to make sure you have plenty of spare clothes because it’s so easy to get yourself wet while going for a wander one day.  If you only have one set of good trousers then you’ll find the next day you might not be able to go out!  Lots of spare socks, trousers and waterproof options are great too. 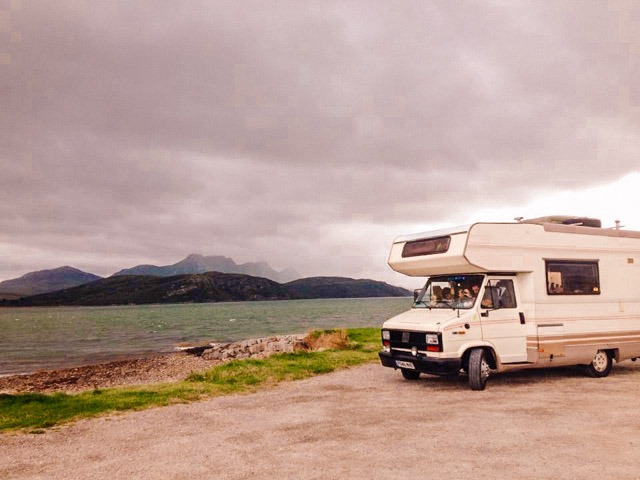 6.  Have the ability to get warm

Related to the above tip – be able to get warm.  If you’ve had a long day walking, the last thing you’ll want is a cold van.  If you have a heater that’s great – you might want to use it to help dry your wet clothes!  But even if you don’t have a dedicated heater (we don’t) I’d suggest lots of warm blankets, hot water bottles and hot drinks.  If you’re travelling out of season definitely take warm hats and gloves too because night time will be chilly.

There’s also bound to be some days where it just rains constantly and often we’d take those days as chill out days in the van – it would have been miserable if we couldn’t keep ourselves warm!

7.  Check out the brown signs!

Attractions in the UK often are signposted with brown signs and in the north of Scotland it’s no different.  What we loved to do was head off and just explore what a brown sign led to even if we’d not planned to that day.  You can come across some well known attractions full of people but also some fab little gems by doing that too. 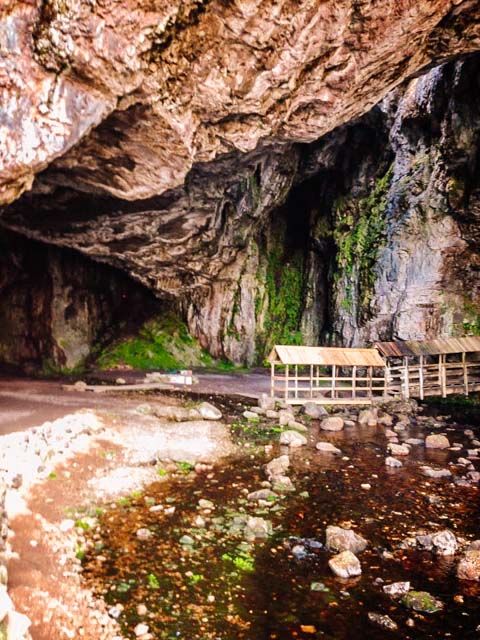 Exploring more around the highlands? – here’s our guide to some of the best day trips from Inverness

There is so much to see in the Highlands of Scotland that it would be a shame to relegate yourself to just exploring what’s on the official NC500.  If you did this you might miss the Isle of Skye, the outer Hebrides or even the road to the isles which travels to Mallaig and passes by the Glenfinnen viaduct.  Yes, the one from Harry Potter!  There’s also the whisky trail in Speyside to enjoy too.  This goes back to tip number one – try and plan and research before going there and you’ll find some great things to do that perhaps aren’t on the route but aren’t so far away.

It’s tempting to try and storm through the route, clocking up the miles and checking off each stop.  I’d recommend that you slow down, enjoy the peace and quiet of the area and perhaps chat to the locals.  You’ll get a much more rewarding trip.

10.  Clean up after yourself

Finally, and hopefully something that shouldn’t need to be said.  Clean up after yourself and leave no trace of you being there.  Campervans and motorhome owners have sometimes given themselves a bad reputation by leaving rubbish around, driving off with their waste water taps open and sometimes even going to the toilet outside and leaving toilet paper behind.  Often this is from inexperienced rental drivers but not always – if you’re unsure as to how to use your motorhome get yourself in to a campsite for the first night or two while you figure things out.  As said before, Scotland is so welcoming to wild campers and motorhomes, it would be a shame for that to change.  Think about the locals, be discreet while camping and leave no trace. 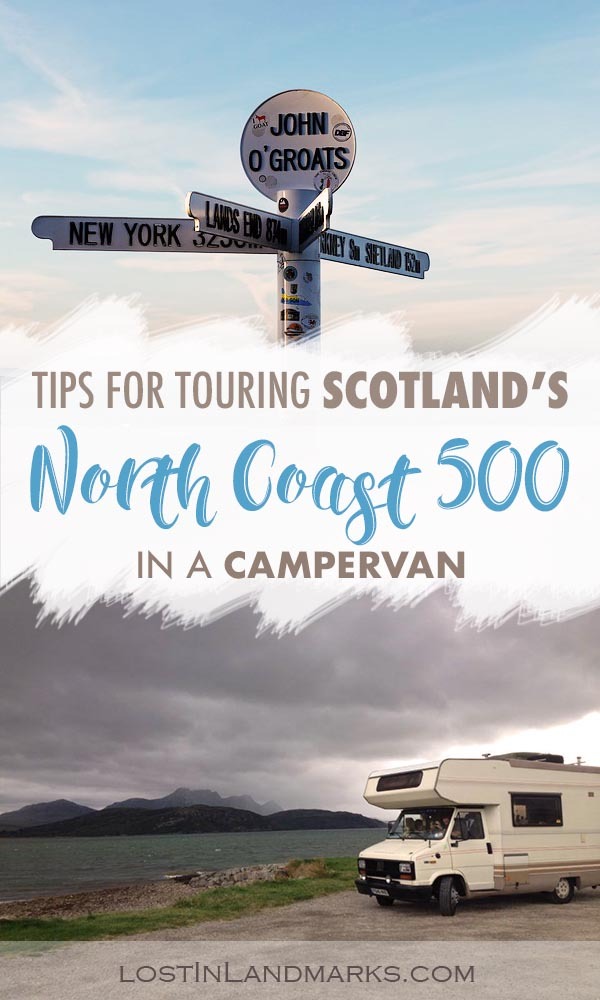 Adventures on the Isle of Rum

Wildlife and wild swimming in Scotland 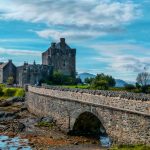 9 amazing day trips from Inverness in the Highlands of Scotland