I’ve been travelling to London a lot these past couple of months and you’d think that I could manage to fit in all the sites with the amounts of times I’ve been there.  Not so!  London is really spread out so getting to all the tourist sites that might be on your list can be really tricky.  To me, that’s where the sightseeing tour buses come in.  Yes they are touristy but they can be just what you need – here’s our Original Tour London review and we’ll look at what’s included and if they could be a good option for your trip.

The Original Tour London – our review

In full disclosure, we were gifted the tickets for the Original Tour in exchange for this review.

There are a number of sightseeing tour buses in London but we decided to go with the Original Tour – why?  Well it’s the original and you do know that I love my history!  The tours from the company actually started in 1951 and have been going ever since, improving and adding aspects as they went along.  I actually remember doing a tour when I was a child – perhaps it was even with this company?  I’ll have to dig out my childhood photos and see if there’s any evidence!

Sightseeing buses are common all over the world now and not just in the big cities – many travellers turn their noses up at them because by their nature they ARE touristy, but I really love them.  The reason I love them is that it allows you to get a really good snapshot of a city in an easy way.  Yes public transport is what the locals do, but I’ve had enough bad experiences on the London Underground that when given a choice to get around without them I was so happy about it!

Where does it cover?

The Original Bus Tour has different routes that take in different parts of the city and which cover different kinds of tourist attractions.

You can get 24, 48 and 72 hour tickets.  Your tickets come with some extras (see below) plus some discounts on some of the big attractions in London too.

The Original Bus Tour company also does some special themed tours which are separate to the Hop On Hop Off tour I did here – you can do night time tours, plus some seasonal tours too like Christmas lights and Halloween spooky tours.

How does it work?

Buying your ticket in advance is probably worth doing if you know you’re definitely going to partake in a tour.  You can get tickets online here.

Simply show the driver your ticket when you first get on the bus.  He’ll give you another bus ticket which will show the exact time you started your journey and will show when your tickets run out too.  This will have any extras on it like your sightseeing cruise and changing of the guard tour.  He’ll also give you some earphones if you need them for the online prerecorded tour and kids version.

Once you’re on the bus, take your seat and relax and take in the sights.  Not everything can be seen from the bus though – none of the buses can go past Buckingham Palace (a rule instigated by Queen Victoria our tour guide told us) – but you’ll see lots even if all you did was sit and watch.  I recommend sitting on the top deck of the open top buses for the best uninterrupted views.

As it’s a hop on hop off bus make sure you do just that.  If you want to explore an area that looks interesting you can get off the bus and then get on another one when you’re ready.  The buses come pretty frequently and you just then show your ticket again to the driver on the next one.

Each seat has access to an audio guide which is in 11 different languages – English, German, French, Spanish, Italian, Russian, Japanese, Portuguese, Mandarin, Arabic and Brazilian Portuguese.  You can use your own earphones or the ones you can get from the driver.

(If you do take the earphones please take them home and reuse – when stopped at one of the stops we saw a horrid site of a whole load of earphones having been thrown over the bus on to the top of a bus stop.  We thought they were berries at first (it was dark!) but then realised it was just a pile of earphones.  Yuk!   If you can bring your own you’ll help the Original Tour reduce waste)

Is the cost worth it?

Honestly, for what you get I think it’s excellent value for money.  BUT if you don’t make the most of it you could be left feeling like it wasn’t.  You get a lot included like the river cruise and also the vast number of tour routes – while keeping flexible is my favourite way to be, having a vague idea of what you want to see and include will make this feel like you’re getting your money’s worth.

What else is included?

Also included with the tour is a sightseeing cruise on the River Thames.  On the 24 hour ticket you can travel between Westminster and the Tower of London but on the longer tickets you can head to Greenwich too (which I highly recommend – it’s one of my favourite spots in London!).  A river cruise is a nice and different way to see the city and we always try and do one if we can.

Also included with your ticket is a Changing of the Guard Walking tour which is worth £10.  We didn’t manage to get chance to partake in this which I was a bit sad about, but if you can please do.  It departs from the Original Tour Visitor Centre (which is on Cockspur Street, near to Trafalgar Square) every day at 10am.

Going to Greenwich? – It’s one of my favourite London spots and you can read our guide of things to do here

Did we enjoy it?

We did really enjoy it, which doesn’t surprise me because anything that makes my life easier generally features highly on my recommendations!

One of the favourite parts for me was the tour commentary as we went round.  The tour guide on our second bus was really funny, had really interesting anecdotes and snippets of history to tell us all and it was good to have that extra bit.  The guides aren’t on all the buses though – their website states they are on the yellow route but even then we sometimes got on a bus that didn’t have one which is a shame.

Having the open top part of the bus means you get a really great view and some of my favourite pictures of the day came from there – especially going over Tower Bridge! 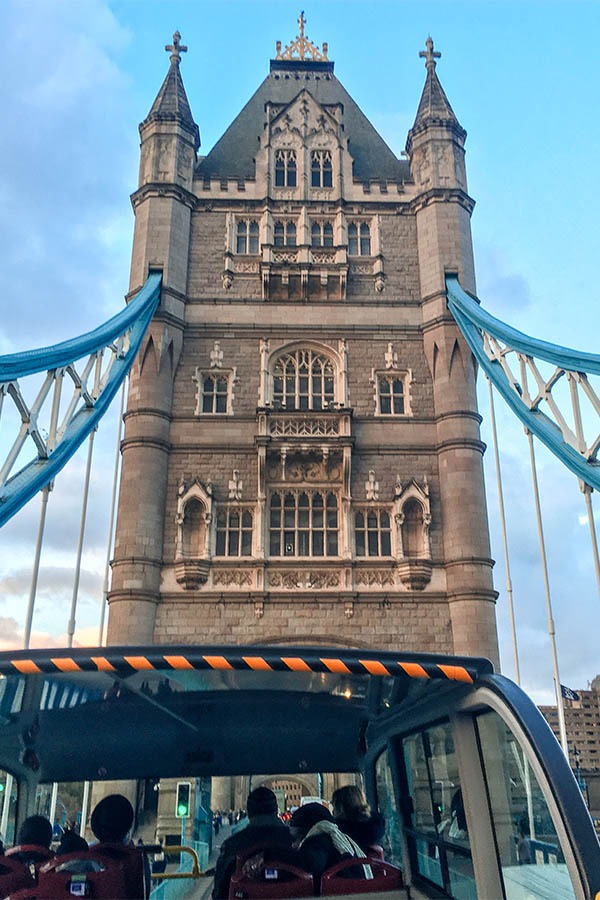 Honestly the best part for me is not having to navigate public transport.  When it’s getting busy in London the tube can be awful and I try and avoid it if I can – having the hop on hop off bus tickets mean you don’t even need to give it a second thought.

Should you go for it?

These tour buses aren’t for everyone that’s for sure.  Some people will balk at the price and some will balk at the complete touristy nature of it.  Here are some reasons why I think you should consider getting tickets:

Anything to bear in mind?

This tour was gifted to us by The Original Bus Tour in return for an honest review of the service. 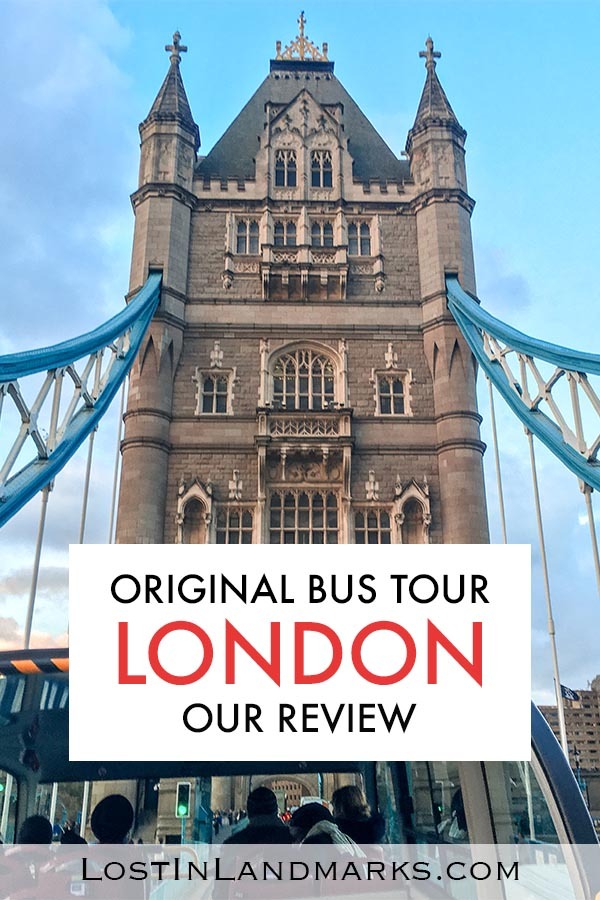 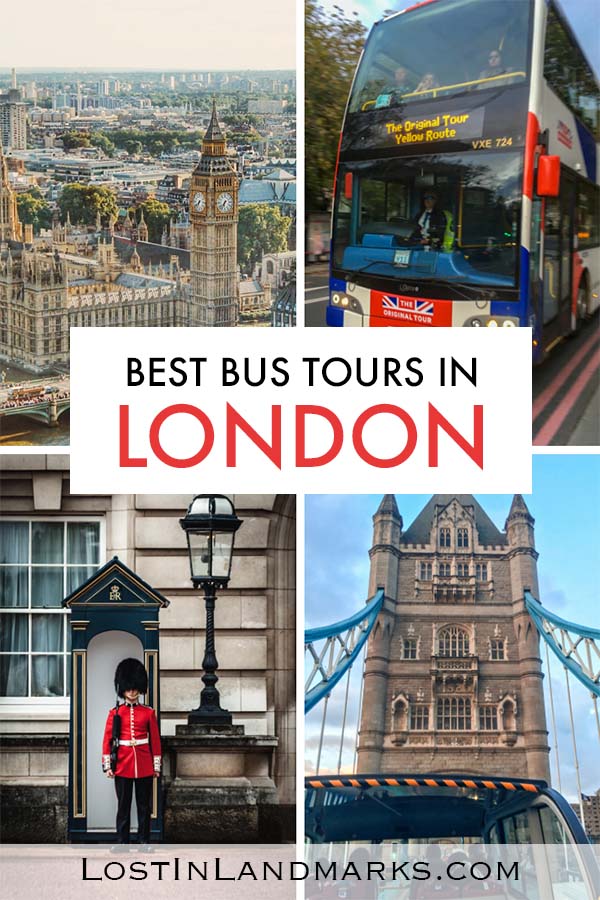