We’ve just recently returned from a nice little break on a DFDS mini cruise to Amsterdam and wanted to give a bit of a review of it since we struggled to find out much about it before we went.

What is the mini cruise? 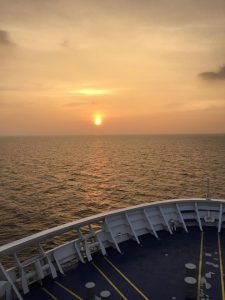 DFDS do a couple of different mini cruises – you can do one like we did from Newcastle to Amsterdam (and vice versa) or there’s also one that goes from Denmark to Norway (one to try at another date when we’re off around Europe again!). They used to do one from the UK to Norway but I don’t think that one is currently running.

There are often deals to be had when booking the mini cruise with DFDS. We managed to find a 2 for 1 offer which made our whole trip with the most basic cabin come in at £120 if I remember rightly). This gives you a super basic cabin (more on that below) for two nights and coach transfers for us all to Amsterdam. You can upgrade to better cabins should you want.

On board, as probably expected, it’s a little more expensive than your average restaurant or shop. As is also probably expected, we are way too tight to be spending our cash on board so I can’t comment on the quality of the restaurants. I did see that breakfast was around €15 per adult which nearly made me choke on our Pop tarts that we brought along 😉

As I said before, we didn’t eat in the restaurant and we also didn’t partake in any bar entertainment either. There was a cinema on board which was about €8 each, so not too dissimilar to on land and we did consider that if Suicide Squad would have been showing on the way back but unfortunately it wasn’t so we didn’t.

The cabins were very basic but did have all you need with a small en suite shower and toilet. You also get towels too so no need to bring those either. The cabins are a little bit small with four people in them, especially when the upper bunks are down, but it wasn’t too bad really.

One issue that we had with the cabins were that they were incredibly hot. We did wonder at one point whether they maybe didn’t want you too comfy in the cabins and wanted you to be out spending in the bars! It was like that both ways and just spoiled what would have been a quite enjoyable time otherwise.

One thing we wondered about and were a little worried about was whether we could leave our belongings on the ship while on the day trip – if you’re also worried, don’t be.  You keep the same cabin and can leave whatever you need to on board.

What about the ‘day trip’? 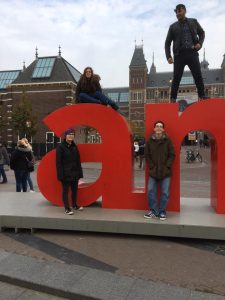 You arrive in the Netherlands at about 9am at a place called IJmuiden which is around a 45 minute drive from the centre of Amsterdam.

After waiting for the car passengers to depart it’s the foot passengers turn to go through passport control. It was fine and fairly quick on the Amsterdam side but returning to Newcastle took forever so something to think about if you’re doing the opposite journey.

The coaches are waiting to take you in to the city and once full they head off, dropping you outside a hotel just opposite the train station so perfect for seeing the old town or getting on a canal cruise.

We probably arrived in Amsterdam at around 10.30am – 11am ish which gave us about 4 and a half hours at least before we got picked up. It definitely didn’t seem enough to enjoy all there is, unsurprisingly, but for us, as it was our first trip to the city it was nice enough to get a feel for it and wander round.

I really want to do some of the museums in Amsterdam and it’s really not enough time for that – but perhaps next time we’ll be able to stay longer!  There are some really great kids museums in the Netherlands so definitely one to return for!

We were lucky and had a dry day to wander around – it would have been pretty miserable if it was raining! 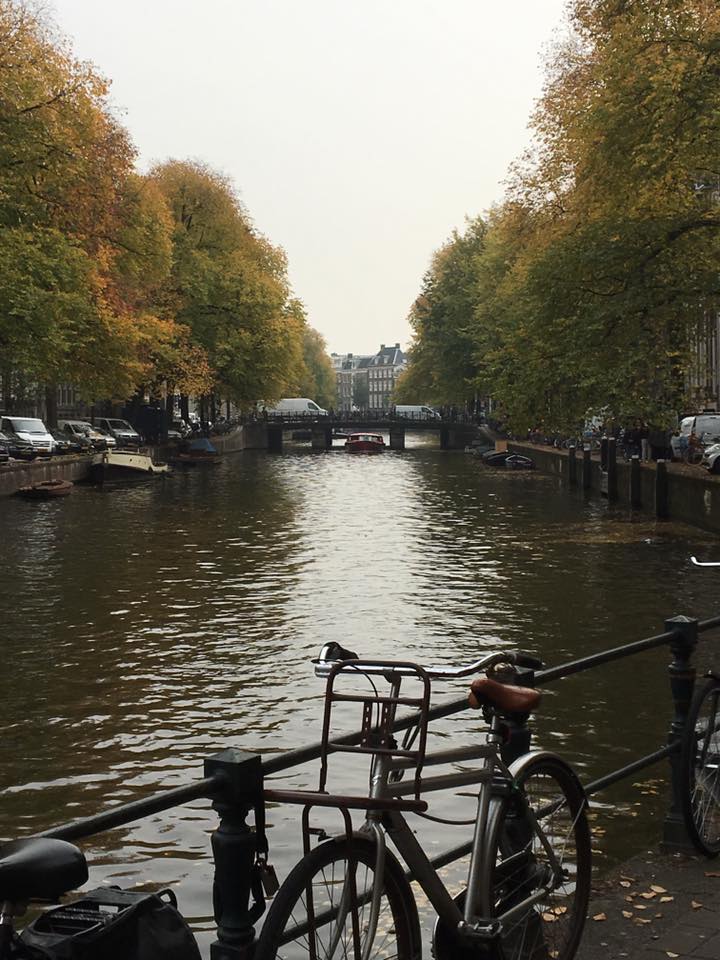 Is it worth it?

So the main question would be, is it worth it overall? We all really enjoyed our time away and for what we paid I think it was definitely worth it. Would I do it again? Probably not! Perhaps if it was a different city on offer we would, but when we go back to Amsterdam I want to properly explore! Of course you can use the trip as just a ferry in order to get you to mainland Europe as well and I would definitely consider doing that. I’d probably look to upgrade from the basic cabin if we could though.

If you want to see any of the current deals check out the DFDS website. 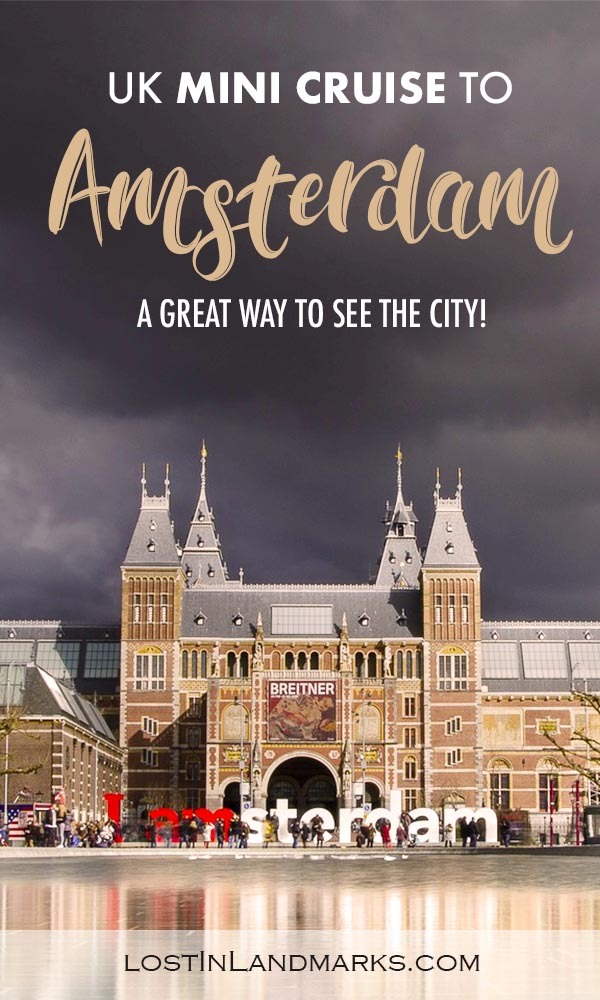