Do you recognise the U Drop Inn?  The one all lit up in neon?  You’ll find it in Shamrock TX and if you have kids you might recognise it as what Ramone’s workshop was based on in the film Cars!

Now, I’ve wanted to visit Route 66, specifically with our kids, since we watched Cars way back in 2006.  I distinctly remember taking Marcus and Alex to the cinema and feeling so strongly that we needed to travel and see this place.

8 years later we made it.

We started our Route 66 journey in Oklahoma… just!  We were heading from Dallas to Shamrock which was still in Texas, but the border with Oklahoma wasn’t far so we diverted so we could tick off another state! 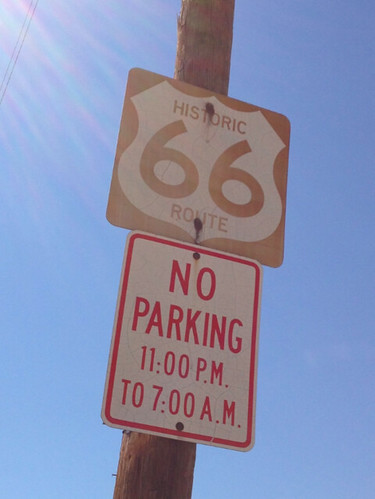 Eventually we made it back in to Texas and to our home for the night – Shamrock.

We stopped by a huge scrap yard full of old and rusty cars – James and Marcus had loads of fun pointing out different cars.  Alex and I were oblivious ;o) 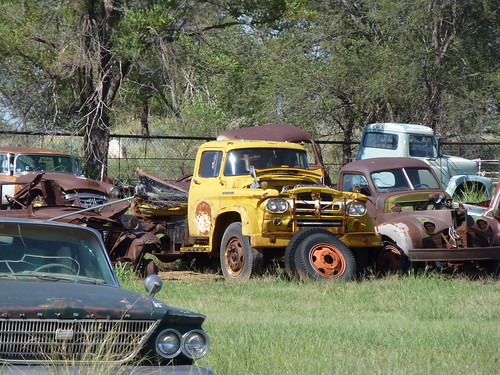 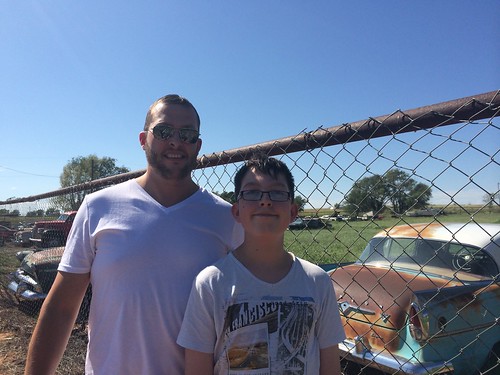 Now Shamrock was on our list of places to stop on the mother road for many reasons – 1 the Irish connection and 2 the U drop Inn that lights up in neon at night. Even in the day time it’s pretty impressive and just screams ‘route 66’! 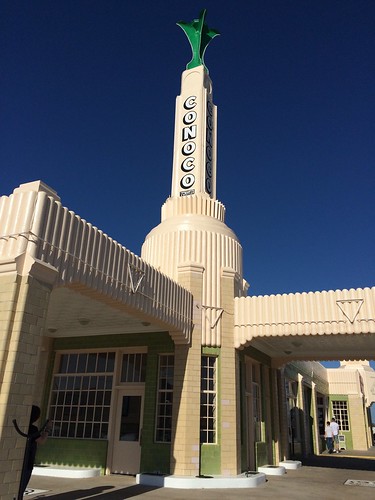 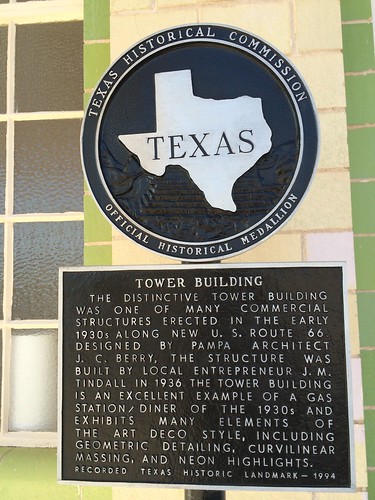 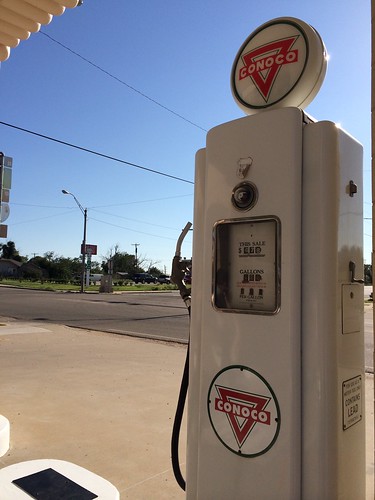 The U drop inn, also known as the Tower Station, is also a cafe, although it wasn’t open when we first arrived, we made a point to visit the next day.  Inside is lots of memorabilia and a little shop.  It has a lovely, old american diner feel and the people running it were really friendly and nice.

We heard mixed reports on some of the mom and pop hotels in Shamrock (although things change quickly on Route 66 – always check recent reports) so in the end we booked in to the Holiday Inn Express which is just next to the U-Drop Inn.  It meant that when it was dark we didn’t need to go far to see the neon spectacle!

Click here to find all the current motels and hotels in Shamrock.

And it was pretty awesome! 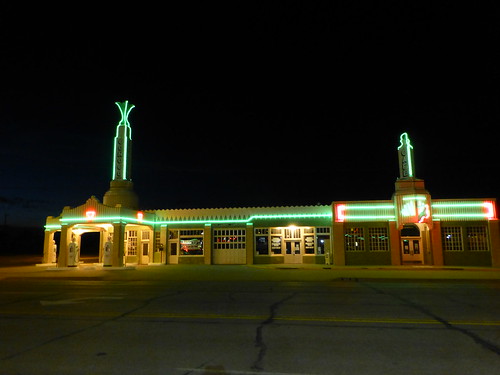 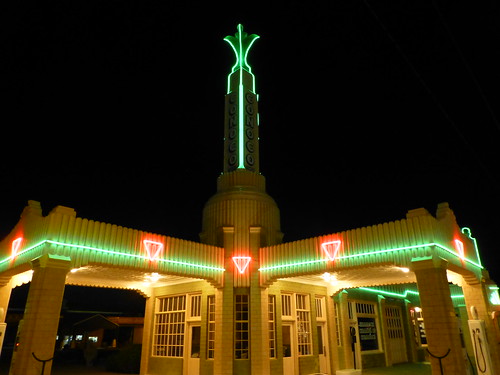 We’ve many more articles about Route 66 – how about: