We’ve always home educated our kids but over the years it definitely morphed in to something that is known as worldschooling.  After 18 years we’ve finally come to the end of our home educating and worldschooling journey so I though now would be a good time to recap and share on how it worked out for us.

So, what is worldschooling?

The definition of worldschooling, in my mind at least, is enabling a world wide education for your kids and allowing the world to teach them.  This can be through travel and learning first hand about other cultures, countries and people or it could be just learning at home through books, tv, internet and what ever else takes your fancy.

It does sound pretty much like it could be plain old home education or home schooling I guess doesn’t it?  For us there wasn’t much difference because of the way we home educated anyway.  We always learned through stories, books, museums and workshops anyway, but many people do ‘school at home’ and it’s quite a bit different to that I think.

I think it’s important to note that worldschooling does not mean a life of travel, although it can be that.  Being open and learning about other cultures and bringing that in to your education is definitely world schooling.  If you can add in travel, whether that be local travel or abroad then that’s great too!

How did we do worldschooling?

As I said before, we were quite world-schooly anyway as a family even before we knew of the tem.  We loved to learn about different cultures and we often did this through story books and living history books (story books about real history rather than fictional characters).  When Marcus was 11 and Alex was 10 we made the decision to travel more extensively and so our worldschooling took on a different look.

Our first big travel adventure was 6 months around the UK and Europe in a campervan.  In the run up to that big adventure I collected all sorts of books to take with us that would help to bring the places to life more and keep their reading skills going.  So I looked for books about France and Italy and we found books about Scotland and some of the history there too.  We had planned to spend some time in Spain and so in preparation we also began to take some Spanish classes so that we’d have a good start for there.  We collected kids phrase books for the places we planned to visit – they’re out of print now but they were great fun for not only learning bits and pieces of French and Spanish but also to see the similarities to our language and to each other.

While on the trip we often just soaked up the areas.  Our favourite things to do were always wandering around supermarkets in a new country!  It sounds so mundane, but it’s a great way to see what others like to eat, find similar things to what you have back home and also check out the new words!  We learned about the currencies in other places and laughed when we headed in to a new country, forgetting it didn’t use euros and the scramble to figure it all out!  Kids were great help in this and it helped their maths as well as deepening their experience.

Museums were sought out and history was learned in lots of places.  Marcus is a huge World War Two history buff so we tried to seek out places to help his knowledge.  Seeing Dresden in real life made learning about the bombing that we did on that city seem ever so much more real!  We’d take further trips to WW1 cemeteries, the Normandy beaches, Colditz castle and much more.

As we were never into strict lessons at home it would have been very easy to give up the formal learning while away.  Instead we tried to incorporate the basics in to everything we did.  Maths was done informally by every day cash counting, shopping and working out.  Reading was practised by reading signs all over in museums, leaflets and of course books.  Writing was kept going by them writing a diary each day – it’s quite fun to look back over that after many years! 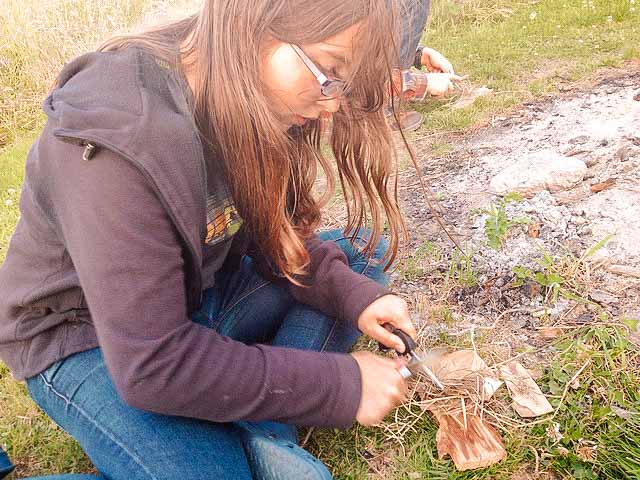 After this big trip finished and we returned home to save some more we took another 6 months out to do another trip which was a bit different and so the worldschooling experience was different.  This time we planned to slow down our travel and really soak up the areas that we lived in – we really wanted to live in the places and we did for about a month each time.  Apart from a quick road trip on Route 66 at the beginning, we slowed right down and spent a month at a time in Scotland, Italy, London and New York.

Slowing down and living in a country is a great idea and something that many world schoolers do.  It’s fab because there’s no big tick list of sights to see, you’re chilled out and you get to really know the town you’re living in.  It can be a much cheaper way to travel than hotels as well.  After our campervan road trip this was much different as we never really stayed more than a couple of nights in one place there.  It allowed us to learn about the places we were in, watch local tv, get to know the local supermarkets and markets and really feel like a part of the place we visited.  We adored Italy for this, especially because of the language challenges and differences to back home.

Of course worldschooling hasn’t ended with our big trips ending.  We continued as we had done before and we also still had some smaller holidays and trips to go on.  As well as just visiting countries we looked to spend time there during holidays to see what that was like as well – we’ve now spent Christmas in both New York and Paris!  Marcus still loves his home Christmases though!

The beauty of worldschooling is that you can do it whether you’re living overseas, taking small trips or just dreaming about it!

How did worldschooling work out?

So, Marcus is now 18 and Alex is nearly 17 and both are now at college so our home education journey is finally complete.  I’d say that worldschooling has been great for us and as they’ve grown and we’ve visited more places it’s nice to watch them take a new country in their stride, respect the place and try hard to learn some of the language and history.

I also love that each child has taken what they want out of the experience and used it for their future plans or just their hobbies.  Alex has developed a huge love of travel (she’s a little bit like me) and wants to go EVERYWHERE!  She isn’t afraid of the idea and has been saving up for ages to do more – she’s thinking of taking a first overseas trip on her own next year and possibly a gap year travelling before university.  Marcus has just continued his love of history by enjoying visiting war sites and museums when we go away.  He was even praised from a fellow visitor to a museum in Arnhem about his knowledge on it all and I think worldschooling really helped there.  He loves history anyway, but to actually visit places that you already are interested in makes a big difference rather than reading about it in a text book.