After our introduction to New York in Brooklyn, we had one night in Manhattan before we headed to our housesitting assignment over in Staten Island.

Some highlights for us as we wandered round fifth avenue and up to Central Park were: 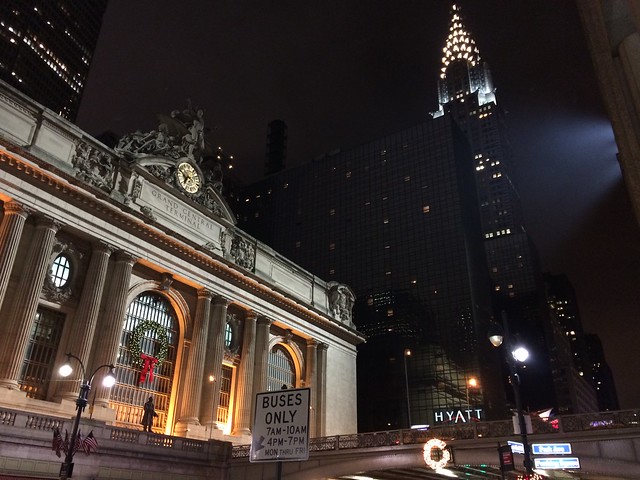 Our House Sit in Staten Island

We had almost a month in our house sit and we were looking after some wonderful pets – a lovely dog called Honey, a very tubby cat called Roxy and a jazz loving parrot called Thea.  They were all a delight and apart from the dog taking a little bit of time to get used to us, we all had a great time together. 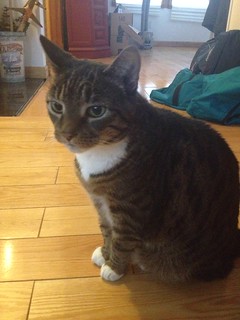 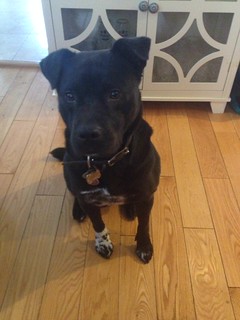 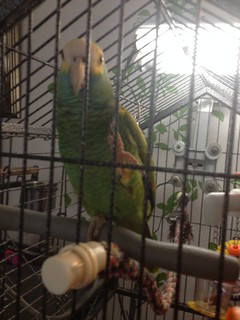 Christmas had it’s ups and downs, mostly due to the fact that I was having real trouble accessing some funds in my bank account.  It kept saying it was there and waiting to clear, so at first I didn’t worry and we just spent what little money we had, knowing that it would be all ok when it clears and surely that would be tomorrow?  Except each day would come and it still wouldn’t clear.  Our money was rapidly dwindling!  Christmas Eve came and I knew I had to phone the bank to see what was up – they said it would clear on Xmas day, so I checked my purse and we had just $70.  We needed to buy the kids *something* for them to open and we needed to buy enough food for us all too.  I had no idea how hard to stretch $70 would be!

Christmas Eve saw us leave the kids with the animals and James and I walked to the local shopping area to do what we could.  I have to say that I found food in the US really expensive compared to back in the UK.  Back home if we were really struggling there would be non branded food we could get really cheaply and it might not be fantastic, but it would get us through.  In the US there isn’t so much like that.

There were some dollar stores and some cheap gift type shops so we did manage, just, to get the kids some good gifts to open that even were what they were interested in – superheroes for Alex and Halo for Marcus, there was NO wrapping paper to be found, except plain blue Hannukah paper.  We got a nice big bit of beef for our dinner (was much cheaper than a turkey or chicken) and we managed to get most of the trimmings for our Xmas lunch at Dollar Tree!  Ah, how I laugh at it all now!  I do remember being utterly miserable and feeling that I had totally messed up as we walked back in pouring rain and getting splashed by cars.  Not my finest hour! 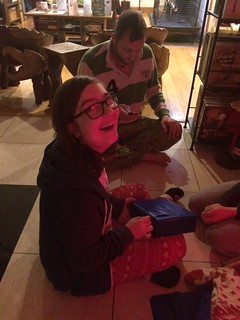 Christmas Day itself felt weird.  It was our first ever where we weren’t at home and being in a different time zone really compounded that, especially as the day before I’d see friends on Facebook get excited at watching the Norad Santa page and it was the wrong time for us!  Waking up on Christmas and it having almost been over for family already was just weird!

We did have a lovely time though, the kids loved their small amount of gifts and our money cleared!!  Woot, we could eat again!  One thing I missed though was having tv to watch.  We don’t watch much, but we do like to watch Xmas movies and tv specials.  The house we were sitting at had no tv except Netflix in the attic so it was something I felt was a bit too different.

Of course, not long after Xmas is New Years and what a fab place in the world to experience it – right?  Well probably if you don’t mind crowds and want to spend the day in the freezing cold at Times Square.  It wasn’t high on our lists of places to go.  Mind you we did want to do something, we’d planned to go to Brooklyn Bridge but it was so cold we were worried it wouldn’t be as much fun.  We thought about Central Park and then worried ourselves about the safety, so in the end we decided we’d try to get the ferry to Manhattan and time it right to be on it when midnight struck and see if we could see fireworks. 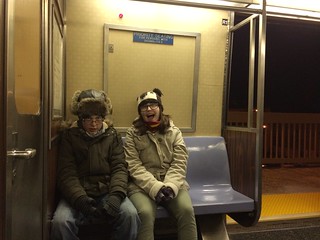 We headed out late at night and it was soooo cold!  I was very glad we weren’t at Times Square!  When we arrived in Manhattan I couldn’t decide which ferry to get back on.  The timings just weren’t right for an optimal position at the stroke of Midnight and we ended up deciding quickly to get on one that would arrive back on Staten Island just at midnight.  I don’t know why I decided that one, I think I was convinced as there were lots of party people getting excited to go on!  Anyway, as soon as we arrived it was about a couple of minutes to go so our plan was to rush outside to get a glimpse of the Statue of Liberty at the turn of the year.  It worked, we all, the kids, james, I and all the other party goers, ran as fast as we could outside and made it just in time. 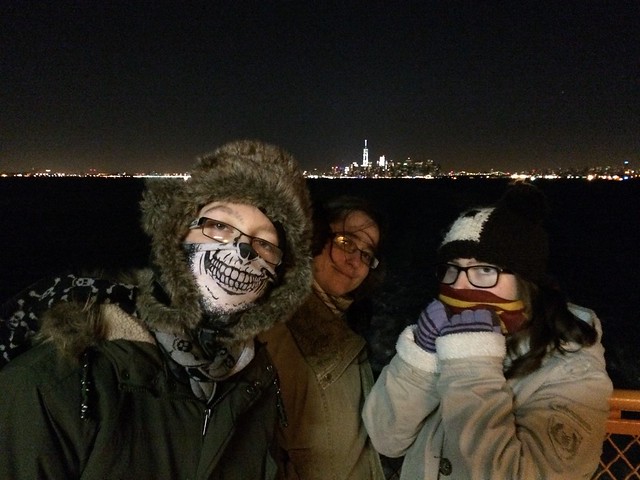 Made it just in time!

The problem was that it was so far away the fireworks just looked teeny tiny!  I think if we ever did it again, we’d stay Manhattan side!  It was fun though and something we’ll never forget, but I kinda felt like we failed at New Years Eve in NYC!! 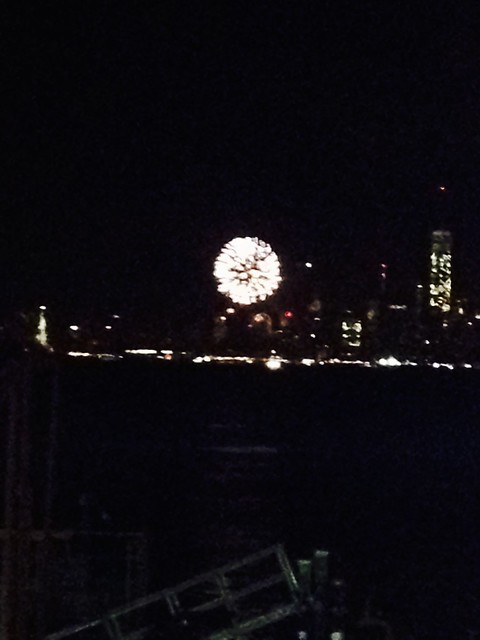 Bad picture but we did see some fireworks!

We even got a trip to the beach for New Years Day which is fast becoming my new tradition that I must do.  It was probably about a 45 minute walk or so from our house to the beach and it was a beautiful day to do it.  That was one thing I noticed about New York winter – mainly it was cold, but also it was generally normally really clear and beautiful days. 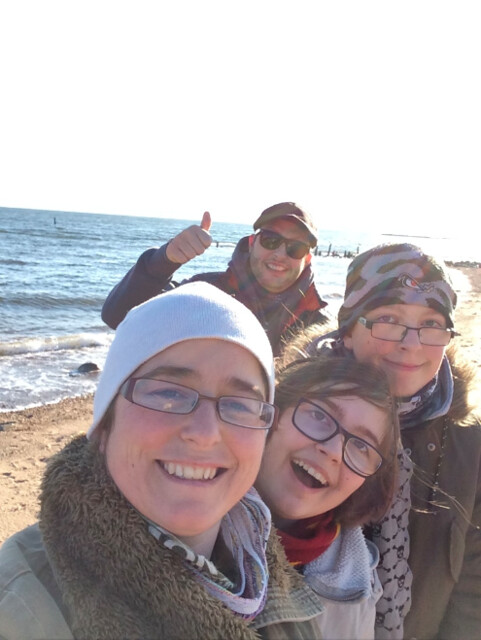 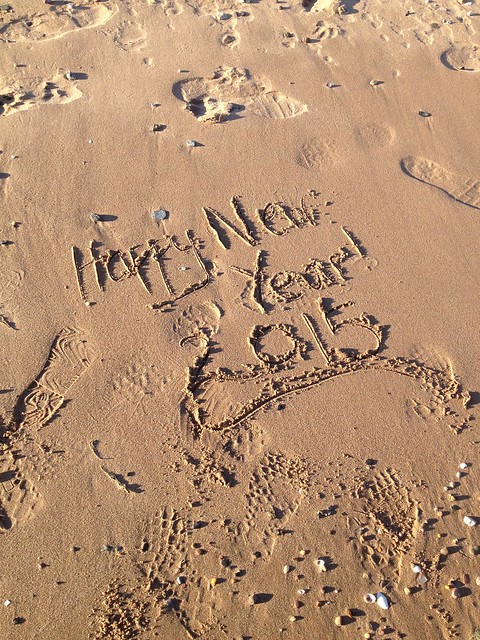 I have a few more pictures to share of our trip to New York, which I’ll probably do next week as a photo post.  Not sure I’m ready to stop writing about this trip but of course New York was our last stop!  Sob.